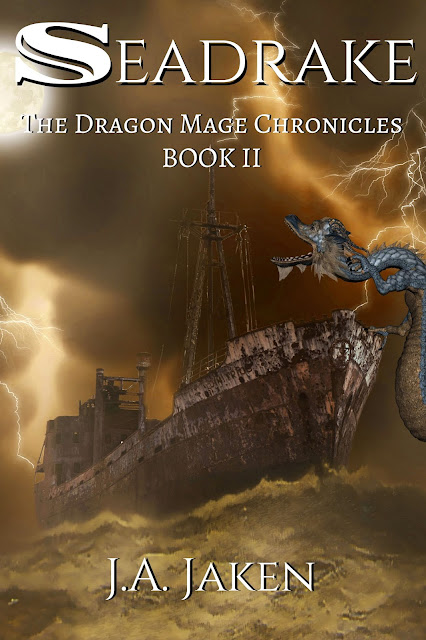 
After much deliberation, Andrei chooses to bring his inexperienced and highly unusual apprentice to the far-off island of Sutan-lei, where the eminent mage-scholar Master Luth is rumored to abide. It is Andrei’s hope that Master Luth will have answers to the growing mystery he and Jander began to uncover in the city of Tempest as well as help his apprentice gain some degree of mastery over his unique—and highly unpredictable—prowess in the magic. But even as they struggle to piece together the puzzle in front of them, their enemy is close behind them every step of the way...and he is determined not to let the two of them get in his way. 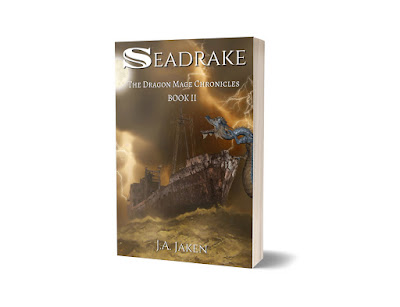 Night fell slowly, an encroaching darkness that slithered in through the castle gates and leisurely laid claim to the land. Jander stood on one of the castle’s many balconies to watch it come, taking in the sweeping vista of the cliffs that spread down to the ocean below. The sun was a fiery golden coin balanced precariously on its edge at the line of the mountains to the west, its heavy light spreading thickly over the city to touch the waves at the water’s edge with a tail of molten fire. The sight of it was familiar from Jander’s youth, reminding him of simpler times. He drank it in readily, breathing in deeply to taste the cool, salty air.

A hand on his shoulder made his head turn. He smiled slightly as Andrei stepped forward to stand beside him.

“Have you been able to sense anything about the dragon?” Andrei asked.

Jander let out his breath out in a hard sigh, turning back to look out over the ocean. He had deliberately kept himself from thinking about Theros’s dragon problem throughout the day, but now there was no further excuse to delay seeking information that might help them.

His eyes fell closed as his breathing slowed, and he reached out to focus his thoughts on the magic. He could feel it respond to his questing touch as it always did, soothingly warm and eager to be used. A cool breeze stirred his hair against the side of his face, making him shiver.

This facet of his power still felt foreign to him, no matter how many times he practiced with Andrei to contain and direct its use. As a dragon mage, one of his gifts was the ability to sense the thoughts and emotions of dragons. It was a “gift” he could very easily have done without. Dragons were capricious beings, ancient and powerful beyond his capacity to measure. Whenever he touched the mind of one of them, he was left feeling shaken and awed, and achingly aware of his own mortality.

“It’s out there,” he said, folding his arms around his chest to steady himself. Gabrielle crooned softly in response to the words and nuzzled her nose underneath his hair, rubbing her head soothingly against the side of his neck. “The dragon. I can feel it.”

Andrei’s hand on his shoulder was steadying, warm. “Can you determine its intentions?”

Jander pressed his mouth together tightly, reaching out with his senses as best he could through the magic. He could feel the dragon out there, swimming somewhere far beneath the waves. For just a moment he caught a glimpse of the world through the dragon’s eyes—a waterscape of cool greens and deep purples, significantly further down than the light of the sun could effectively reach but still perfectly visible in the dragon’s vision. The creature swam through that endless, cold deep as easily as breathing, with a strength and a grace that spoke of its immense power and familiarity at living its life within such a daunting environment. It felt at home, there in the crushing dark. The world of air and sun that existed somewhere high above it seemed a fragile and foreign thing, and yet it beckoned to the dragon in some way that Jander could not determine.

“I feel chaos,” Jander said, struggling to put his thoughts into words. “It feels almost...curious about us. I’m not sure why. It’s killed, and it knows it’s killed, and it wants to kill again.” He frowned. “But I sense no malice in it. It’s not...particularly old compared to some of the dragons we’ve seen, but it’s not young, either.” He shook his head, feeling miserable at his failure to understand the creature. “I don’t know what it wants.”

“Peace, Jander.” Andrei sighed. “I’m sure we’ll find out all we need to know about the dragon when we set sail in the morning.”

Jander choked on a short bark of laughter at the quietly morbid statement. When he turned to meet his master’s gaze, he saw Andrei’s eyes shining at him with a rueful glint of amusement.

“I suppose we will,” Jander agreed, turning back to look out over the ocean. The sight of it seemed ominous to him suddenly, as if it were an impenetrable curtain which concealed unspeakable horrors beneath its endlessly shifting waves. In the morning—if Nierin was successful in locating a captain willing to transport them—they would be venturing out onto that ocean, with nothing more than his unpredictable strength in the magic to protect them.

Yes, they would most certainly find out more about the dragon tomorrow. 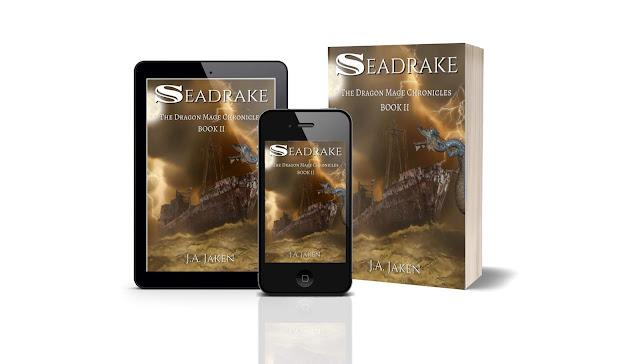 J.A. Jaken has been writing fictional stories and novels for more than ten years, most frequently in the fantasy and science fiction genres. She got her start in the profession writing slash fanfiction, where she has published numerous stories under the pen-name Rushlight. Over the years she has written short stories and novels in genres ranging from science fiction/fantasy to gothic horror to modern detective mysteries, most with at least a touch of m/m romance to them. She lives at home in the southwestern U.S. with her college-aged son, a cat, and the family Rottweiler. Outside of writing, her interests include studying foreign languages, practicing martial arts, riding horses, and collecting medieval weaponry. 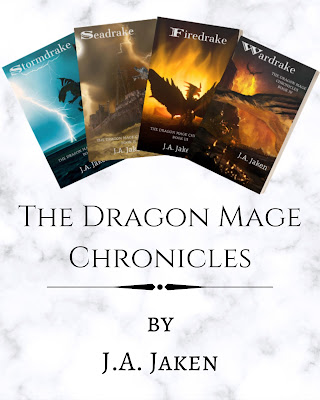