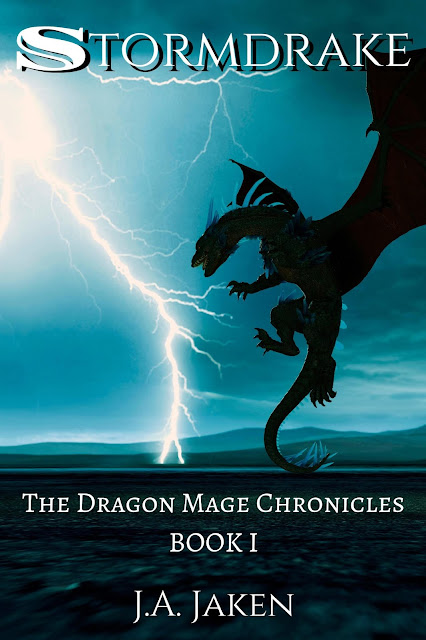 Jander Teregnan has succeeded in his ambition to become a mage-apprentice, but the troubles that face him are far from over. He and Andrei set out on their first mission together as mage and apprentice to investigate a mysterious series of dragon attacks near a provincial city at the edge of the kingdom, where Jander's unique talents may particularly come into play. What they find there turns out to be far more devastating than a mere homicidal dragon, as they are caught up in a conspiracy that will threaten not only their own lives, but the lives of everyone in the kingdom they have sworn an oath to protect.

After reading the prequel to the series, The Magician’s Apprentice, I was eagerly awaiting the release of Stormdrake to see how Jander and Andrei’s adventures would unfold.  Stormdrake doesn’t disappoint, and stepping back into this world felt easy and comfortable since the majority of the world-building took place in the prequel.

Here we find Jander and Andrei have become more relaxed and secure in their personal relationship.  We don’t get to see much training going on, but that can be attributed in part to the new situation in which they find themselves with the appearance of another dragon causing havoc in the kingdom.

There is a good balance of tension, action, and intrigue, plus new characters are introduced who are well developed and contribute well to the storyline—in particular Stephan, a fellow mage, and Tanith, a servant.  I was pleased see the return of Boaen as I really liked his character in the prequel, and he was a great support to Jander and Andrei in this story.

As events develop, it begins to become obvious that there is a lot more to everything that is going on than what happens in this book, and the darkness that they are facing goes deeper than they realize.  This has me intrigued for the next books in the series, not just for following Jander and Andrei as they continue to battle against the evil that’s threatening the entire kingdom, but also for the evolution of Jander’s talents as he has shown he has incredible potential.

The apex of the conflict in Stormdrake comes to an unexpected conclusion (which is actually a bit sweet…you’ll see what I mean), and while this portion of the story does wrap up, it’s evident there is a lot more on the horizon—and plenty for readers to look forward to.  4.5 stars for Stormdrake, and I would highly recommend you read the prequel before starting this book so you have a strong frame of reference and understand the backstory…it may be hard to follow along otherwise.  This story is meant for readers 18+ for adult language and sexual content. 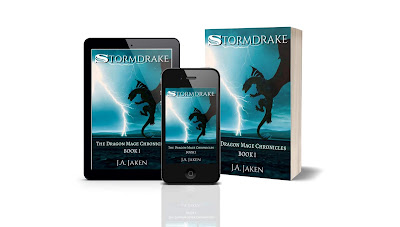 J.A. Jaken has been writing fictional stories and novels for more than ten years, most frequently in the fantasy and science fiction genres. She got her start in the profession writing slash fanfiction, where she has published numerous stories under the pen-name Rushlight. Over the years she has written short stories and novels in genres ranging from science fiction/fantasy to gothic horror to modern detective mysteries, most with at least a touch of m/m romance to them. She lives at home in the southwestern U.S. with her college-aged son, a cat, and the family Rottweiler. Outside of writing, her interests include studying foreign languages, practicing martial arts, riding horses, and collecting medieval weaponry.
Website - Email - Facebook - Twitter - Newsletter