Review: STUCK WITH YOU by Jay Northcote 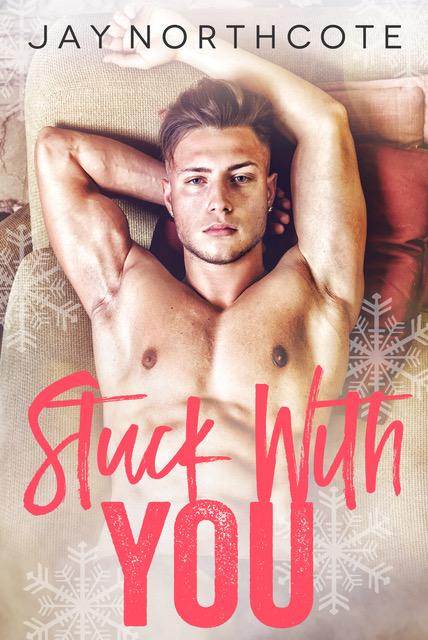 Exclusive to Amazon and Available to Borrow in Kindle Unlimited

Patrick has been single since he broke up with his cheating ex almost a year ago. With Christmas looming, he’s resigned to spending it alone with only memories of happier times for company. When a business trip with a co-worker leaves them stranded in the Lake District due to heavy snow, it seems Patrick will have company for Christmas after all. It’s a shame his companion is Kyle, who’s undeniably attractive, but annoying as hell.

Aware of Patrick’s reluctant admiration, Kyle basks in the attention even though Patrick isn’t the type of man he normally goes for. Averse to relationships after being hurt in the past, Kyle enjoys the occasional hook up, but has given up on seeking anything more meaningful.

Stuck together, their antagonism escalates along with a heavy dose of sexual tension until it finally ignites. What starts as a Christmas fling soon feels like something special; but will their tentative connection melt away as the snow thaws? If they’re going to take a chance on finding happiness together, they’ll have to put their differences aside and learn to trust one another.

Stuck with You has several elements that I love to read—enemies to lovers, opposites attract, a bit of kink, snowed in (so forced proximity), and it’s a holiday romance.  Plus I’ve liked or loved everything I’ve read by this author so far, so of course this one was immediately put on my reading list.

Patrick and Kyle were easy enough to like as individual characters.  They are opposites in many ways, but interestingly their behaviors came about from very similar incidents from their pasts—it was just their reactions to those that led each of them to form opposite views.  I think though that the author did too good a job of clashing their personalities since I had a difficult time really feeling a true connection between them on an emotional level.  On a physical level, sure…they definitely had chemistry there, though the spanking seemed to pop up as a random and to me the segues to those portions of their physical scenes felt a bit awkward.

One thing I really enjoyed was the friendship that developed between them and Mrs. Wilcox.  For me, that actually felt more naturally evolved then the relationship between Patrick and Kyle.  The setting was also perfect for the story, I love little village settings in more rural areas plus the place they rented from Mrs. Wilcox was quite cozy.

I think the fact that I had a hard time feeling the connection between Patrick and Kyle for much of the story can be attributed to their clashing personalities which then morphed into them being comfortable and happy with each other once they give in to their attraction, but then reverting back again—which happened more than once.  There was also a point with Patrick making an assumption which leads to conflict between them, and I’m really not fond of the assumption/misunderstanding thing as a source of strife between characters.

Stuck with You was an on-the-fence one for me, landing somewhere between 3 and 3.5 stars…if you’re a fan of the tropes featured in this story, you’ll want to check this one out.  This book is meant for readers 18+ for adult language and sexual content. One day, Jay decided to try and write a short story—just to see if he could—and found it rather addictive. He hasn’t stopped writing since.

Jay writes contemporary romance about men who fall in love with other men. He has been published by Dreamspinner Press, and also self-publishes under the imprint Jaybird Press. Many of his books are also available as audiobooks.