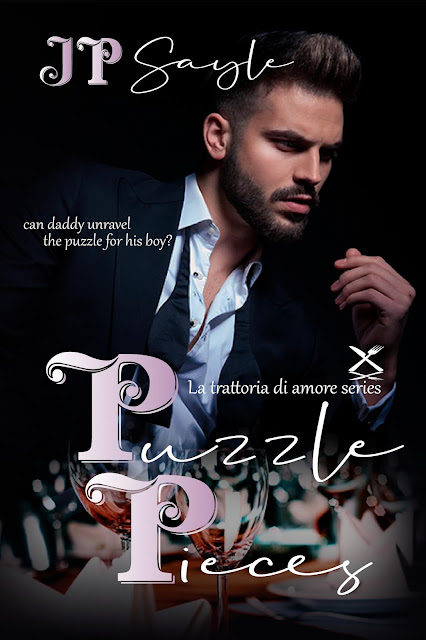 
Sebastian Smythe is an accomplished chef and restaurateur with several businesses and has the perfect life. That is until his long-term partner decides he no longer wants to be with him.

Suffering the devastation and loss of his “boy,” Sebastian struggles to let go of the past and move on and find someone new with his ex’s shadow still hanging over him.


Richie Bellinger has his life mapped out for him by his girlfriend. A career in management once he’s completed his masters at university. Then marriage, followed with a house and two point four kids, and they’d all live happily ever after.


Only the universe seems to have other plans for him. With his mother diagnosed with breast cancer and his father having done a runner, Richie finds himself dropping out of uni and applying for the position of office assistant at the restaurant, La Trattoria Di Amore, to earn money to pay the mounting bills.


Richie’s well-organised life is turned on its head when he meets the enigmatic Sebastian. All the things Richie thought he knew about himself and what he wanted are challenged at every turn.

Will these two learn that there is more to life if they just let go? Can they both accept each other, slot the puzzle pieces of their lives together, and reform their future? 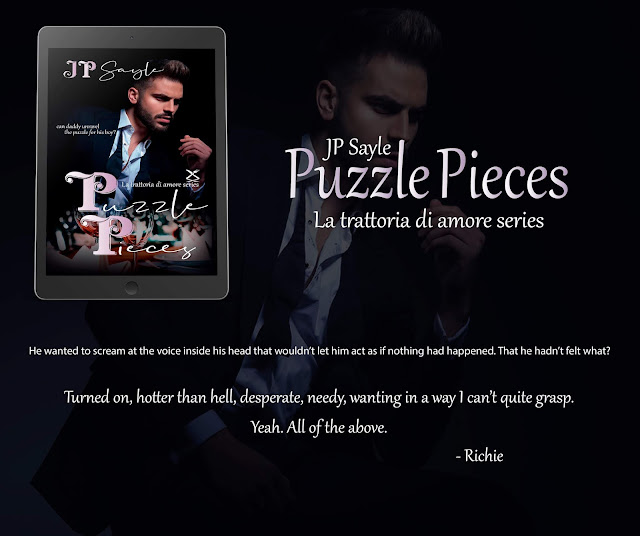 
His head shot up, and he twisted his body, his pulse racing. He stared at Daddy, his mind in a complete fuddle as to what had just happened. As Richie glanced down his body at his limp c*ck, his cheeks heated. He was positive they now matched his flaming arse.
He groaned and buried his head back in the pillow.
“We’ll have less of that, boy. There will be no hiding from me. Not now, not ever. I won’t tolerate it. Do you understand?”
Richie looked up, meeting Daddy’s heated stare, grateful he lay belly down so Daddy couldn’t see how his body reacted to his “Daddy voice.” You are so f*cked.
He ignored the voice in his head stating the obvious and answered, “Yes, Daddy.”
“Good boy. Now lie back down so I can rub in the coconut oil cream I found in the bathroom. You’ll feel a little tender for a few days.”
Richie heard the humour and smug satisfaction in Daddy’s voice as he did as he was told. He squirmed at the cold of the silky cream on the warmth of Daddy’s hand when it touched his overheated skin. Sensations spread down the crack of his arse. He spread apart his legs in an invitation. He wondered where the boldness came from, but Richie didn’t question it. 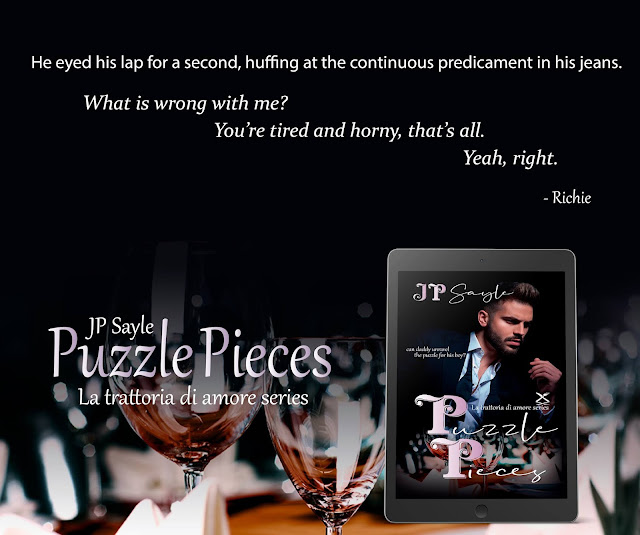 The premise in the synopsis drew me in since I love age gap and daddy kink stories, and this is the first book I’ve had a chance to read by this author.  This was an on-the-fence one for me for a few reasons.

Sebastian definitely has the stalker thing down when it comes to his former boy (Ellie), no matter how many times he’s told it’s over.  Given a past interaction he had with his father I could understand why Seb was the way he was with Ellie, but when he gets a new chance with Richie he’s not very good at altering his ways even though he knows he should—especially since this is all new to Richie since he is both straight and has never heard of daddy kink before.

I did like Richie for the first half of the book, along with his best friend Adam who’s an amazing support for Richie.  Once Richie realizes he has feelings for Seb though, it’s like a switch is flipped and he becomes a wanton daddy’s boy just…like…that.  And both Richie and Adam both become quite mercurial with their moods (more noticeable with Richie since Adam can be a bit of a drama queen at times) in the second half of the story, and it’s like their maturity level dropped.  Seb was also a bit frustrating with his hot and cold attitude.

The point of view from which the story is told is constantly shifting amongst the characters, both main and supporting, without any indication that the POV is going to change.  This resulted in a disjointed read in many places which I found distracting, so I did take quite a few breaks while reading—something that made the story feel longer to me.

Try it out if you’re a fan of daddy kink and don’t mind the point of view changes, just be prepared to be patient with the characters.  Puzzle Pieces is set in the UK, which is reflected in the wording and phrases; this also means the age of consent is 16 (this plays into a particular aspect of the story).  This book is meant for readers 18+ for adult language and sexual content. 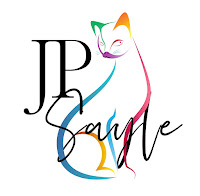 Let me introduce myself, my name is Jayne, I’m a lady of a certain age (50, bites fingernails). I am an identical twin, the younger one of course by 7 minutes. I am married to a wonderfully complicated man, or as he puts it, off his rocker Rob. We celebrated our 25th wedding anniversary recently. I have one daughter and two grandbabies one boy and one girl.

I was born in the Isle of Man; this makes me Manx (not British or English). I moved to the UK for several years, and as a child, I lived in Italy for a while. But, the island calls to me so I returned home in 1998. I love the sea and now it’s only a stone’s throw from my home.

I have worked in the caring profession for 34 years and have been a hospital nurse manager, out of hours, for the past couple of years. I made the decision to work part time nights in 2016 so that I could pursue my lifelong dream of becoming a writer.

I have always believed that I could and would write a book, but life just seemed to get in the way. Until someone asked me the question, “What do I want?” The answer was easy, the hard part was making it happen. Well, it did and it has and it was life-changing for me.

So over two years later, my career path has changed and so has my life. I found my happiness again in something that just brightens my day. Now I won’t say it’s been a breeze because those who write know it’s not a total blast all the time, but it has been fun and exciting.

I am asked a lot why did I choose to write a gay romance. I went to a creative writing group (couldn’t recommend this enough for new writers); anyway, the course leader gave me these words of advice. “Put your inner critic aside, put pen to paper and just write, don’t worry about what comes out, just write.” I was a bit, really that works, but I decided to give it a go with it. Ignored all the research I did, which said to write about what you know because that just wasn’t working for me for many reasons. The answer it seemed was to try something different and I found it flowed out and 6 weeks later I had the bones of my first book (113,000 words). Writing something so different to what I was doing in my life, freed me.

My island is steeped in folklore and I have used some of this in my writing, particularly Where it all Began: Manx Cat Guardians Origins. The book, I have to say I love the most, if I had to choose right now, but that might change ☺

Writing has unleashed a beast in my mind and now I can’t switch it off. I follow a lot of authors and I listen to them talking about their characters talking to them. I so get this now, I find myself muttering and talking at odd times. I wake up at 3 am in the morning, with bits of story wanting a voice.

I have six books written currently with two more in the pipeline and a couple of ideas for future series, so you never know what will come next. I have lots of places you can stalker me if you’re interested in finding out more.