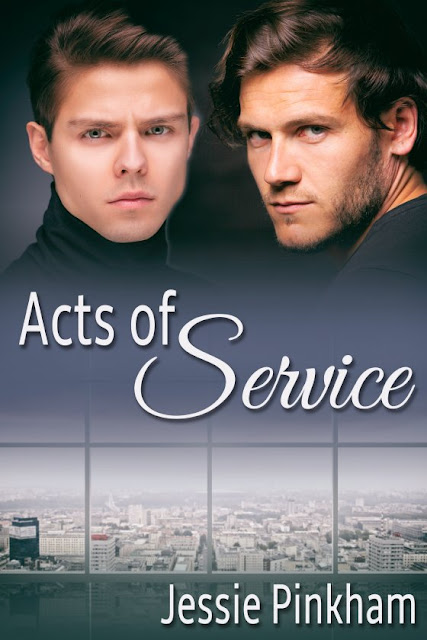 Tom can’t catch a break when it comes to his love life. He’s not good with romance, as his exes told him in uncharitable terms, and he’s starting to wonder if there’s something wrong with him. So when he finds himself attracted to his temporary roommate, he’s afraid of being called inadequate all over again.

Alex has serious anxiety which make his life a challenge and his dating prospects slim to nonexistent. He assumes Tom isn’t interested in him because men never are. It’s a pleasant surprise to start a friends with benefits relationship, so Alex goes out on a limb in an attempt to impress Tom. When it backfires spectacularly, he thinks all hope is lost.

Both men are held back by past rejections. Will a minor crisis bring them together ... or tear them apart?

This is undoubtedly the stupidest thing I’ve ever done to impress a guy.

Alex took a deep breath and turned the key. Tom’s truck roared to life. No such luck as a fortuitously-timed engine malfunction. Though he shouldn’t think such things, as Tom was only being nice and wishing expensive repairs on him was hardly fair.

He looked around trepidatiously. The parking lot really was almost deserted, with only a few vehicles parked and those much closer to the doors. He wondered what role those people played in the postal service that required them to work on Sundays, then realized the line of thought was just a mental delay.

“You’re not going to cause any damage,” said Tom. If he was impatient, it didn’t come across in his voice.

“Your brakes are in good order, right?”

“Yes. The truck just passed inspection last month with no problems at all.”

It was a valiant attempt to make Alex feel better, and he appreciated the intent even though it failed.

The brake pedal went down smoothly under his foot. Such a small little piece of metal, and it could be a matter of life or death. Did people who worked at brake factories realize how much trust was being placed in them every single day?

Once he had that all-important device pressed firmly against the floor, he reached for the gear shift. The first notch down put the truck in neutral, the second in drive.

“Now ease up on the brake,” Tom said, remarkably cavalier about putting his safety, not to mention his vehicle, in the hands of a man who couldn’t drive.

Nothing happened when he lightened his touch on the brake as instructed. Maybe it was a sign. Alex had never believed in such things, but he was willing to consider the possibility.

“Wow, you had it stomped all the way down, huh? Okay, let it go. Take your time so you’re comfortable.”

As if that will ever happen.

“How about less terrified? I believe in setting realistic goals.”

“Sure. Whatever works. Just remember, there’s nobody around us, so you can’t do much damage.”

“I could drive into a light pole,” countered Alex, not because he was trying to be ornery, but suddenly concerned about damaging Tom’s truck. Those poles were stuck into cement, a material not known for being kind to vehicles.

Well, that made one of them. Alex eased up on the brake a bit more, but nothing happened aside from a vague sense of power waiting to be unleashed, though that could have been his imagination.

If I crash into a light pole, he can’t say I didn’t warn him.

Of course he knew the truck was an inanimate object and thus had no feelings. All the same, it seemed as though the massive beast was eager to move, and it lurched forward when he pressed on the gas pedal just the slightest bit. He wasted no time in going back to the nice, safe brake.

“Not bad. Try again, and let it go a little more.”

Alex tried to ignore the churning in his stomach and nervous sweat rolling down the back of his neck, and he depressed the gas pedal again.

This time, the truck moved a good six feet forward before he threw down the brake. The parking lot was beginning to spin around him, something which hadn’t happened in years, and suddenly the truck’s ventilation system seemed entirely insufficient.

He was still talking, but Alex didn’t hear a word because he was trying to get his traitorous body to obey him for once. It wasn’t working.

Five years since he’d last had a panic attack, half a decade, and he recognized the oncoming storm as though it had been five days. His heart raced, he struggled to breath, and if he’d eaten recently he’d probably be on the verge of throwing up. Most of all, the whole world raged around him, out of his control while he couldn’t even manage his own physiological response to stress.

Never mind driving, at this point he’d have happily settled for not breaking down in front of Tom, but he knew it was too late for that. Once a panic attack started, there was no cutting it off.

So much for making a good impression.

Quite often in romance stories the phrase “meant for each other” is brought up when referring to the main couple in a book.  Tom and Alex fit that sentiment perfectly, though not how you might expect.

Tom is an exceedingly practical and pragmatic person, giving infinitely more weight to changing the oil in a boyfriend’s car than to buying him flowers and chocolate to show he cares.  I actually understand and appreciate that viewpoint—personally, I don’t care if someone gives me “things” to express their feelings, I’d rather get something useful than something pretty myself.  As for Alex, the poor guy is so consumed by his anxieties that he is constantly analyzing everything and everyone for potential problems, sometimes to the point where he pushes himself into a panic attack—just from the thought of what could go wrong.  I can’t imagine living life like he does…and he’s actually better now than he was when he was younger.  He takes into account every angle, and makes sure he’s prepared for any eventuality.

Tom thinks most of the measures Alex takes to be prepared are just fine if it makes Alex feel more secure.  And Alex doesn’t need sappy romantic gestures to know Tom cares.  While that might not sound sweet and passionate, not everyone needs that to be happy in a relationship—it’s all about what each person in that relationship values most.  So yes, Tom and Alex are absolutely meant for each other.

The thing about that though?  I think many readers of romance will feel kind of “meh” about this kind of relationship, even though for Tom and Alex they have their happy ending and it works for them.  As for me, though I do appreciate Tom’s practicality, I also want the passion, sweetness, and romance when it comes to the physical intimacy side…but the two of them approach that rather clinically as well.  At least their excellent compatibility allows for some good banter between them.

Acts of Service gets 3.5 stars from me—it’s the matter-of-fact, more clinical aspect of their relationship that is so prominent in the story leaving me without the *sigh* moments that I expect in a romance that impacted my rating.  As practical and clinical as Tom and Alex are, the bit of adult language and sexual content still makes this book one for readers 18+. 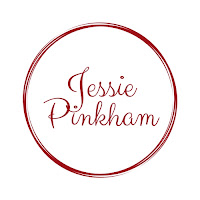 Some kids have imaginary friends. Not content with that, I dreamed up an imaginary village, and I never stopped, though these days my stories feature a lot more hot men.

I love a rich fictional universe as much as a happy ending, and I have a tendency to get so lost in worlds of my own creation that I have to rush out at the door the last minute in a panic, desperately hoping I don't hit too many red lights.