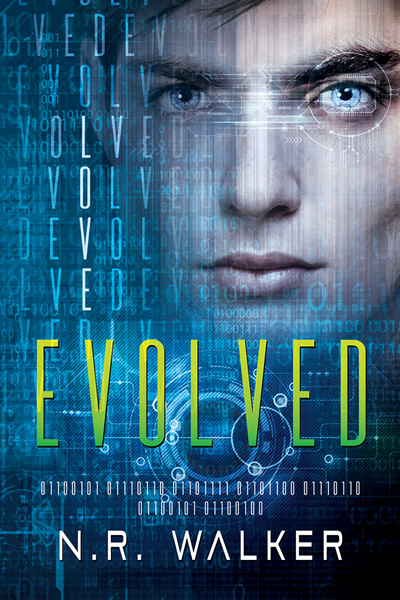 In 2068, androids are an integrated part of human life. Big Brother no longer just watches from the shadows. It’s in every household.Lloyd Salter has OCD issues with noise, mess, and he’s uncomfortable with human interaction. When his ex claimed the only thing perfect enough to live up to his standards was an android, Lloyd dismissed it. But two years later, after much self-assessment, Lloyd thinks he may have been right.SATinc is the largest manufacturer of androids in Australia, including the Fully Compatible Units known as an A-Class 10. Their latest design is the Synthetic Human Android UNit, otherwise known as SHAUN.Shaun is compatible with Lloyd’s every need; the perfect fit on an intellectual and physical basis. But Lloyd soon realises Shaun’s not like other A-Class androids. He learns. He adapts. Sure that SATinc is aware Shaun functions outside of his programmed parameters, Lloyd must find a way to keep Shaun safe.No one can know how special Shaun is. No one can know he’s evolved. 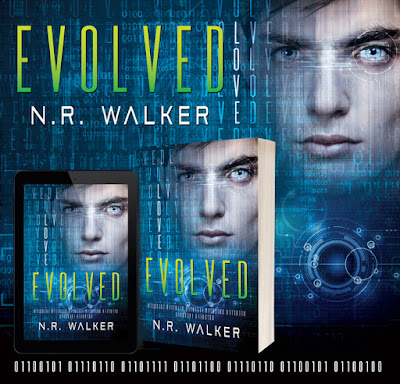 If you think that a story of a romance between a human and an android can’t be done realistically, or that it would just be a “surface” romance with no real emotional impact…you’d be one hundred percent wrong.  This is one of the most intelligent, thought-provoking books I’ve read in a long time, and the emotional response it provoked from me was intense and stayed with me well after I finished the book.  Honestly, it’s still with me now—and I can easily state that Evolved is my absolute favorite book by this author, and was my #1 read of 2018.

I identified so closely with Lloyd in more ways than I care to admit.  He’s an intelligent man who is well aware of his own eccentricities due to his OCD and other issues that make interactions with other people a struggle for him—including those with his ex, whose off-the-cuff jibe that only an android would make Lloyd happy actually sparks something that will wind up changing Lloyd’s entire life.  For Lloyd, the appeal of an android is practical and exactly what he believes he needs.

Enter Shaun, the most advanced android available.  He is literally built just for Lloyd, and is compatible with him in EVERY way.  Intelligence, likes and dislikes, and one of the most controversial ways (to some narrow-minded people)—physically.  But something about Shaun goes above and beyond Lloyd’s expectations, which takes things in an surprising direction for them…while also introducing a bit of suspense.

Watching Shaun evolve from his initial out-of-the-box self to what becomes so much more was riveting.  He can be incredibly insightful, and he of course is beyond intelligent. The intelligence is expected given the data with which he was loaded as well as his connectivity to the internet.  But it’s Lloyd’s reactions to Shaun’s interpretations and observations that are filled with wonder and amazement that are truly touching. There is a scene after Shaun has watched a movie called “Frailty” when he realizes he is essentially immortal that drives home just how self-aware he has become, and I couldn’t stop the tears from falling.  His journey of self-discovery was compelling and I simply could not put this book down the entire way.

While some readers may be uncomfortable with the physical intimacy aspect of the story given the human/android pairing, these scenes are actually done amazingly well, and are some of the most emotional ones in the book.  And frankly, there comes a point in the story where Shaun seems so human it’s almost eerie, and the emotional connection he and Lloyd form is deeper and more complex than most other romances I’ve read.  The human/android pairing aspect actually raises more than a few questions? issues?  Whatever you might call it, this book could easily ignite a wide variety of discussions on a broad range of topics…and might even make some people question some things about themselves and what they might choose or how they might react if they were in Lloyd’s shoes.

The last 10% of the book I thought I would exhaust my tear ducts.  Holy cow, ALL…THE…FEELS.  By that point I was so emotionally invested in not just Lloyd and Shaun’s relationship, but in Shaun as a PERSON that the last part of the story left me with such a book hangover that I had to take a break from reading for several days.

Evolved is utterly unique, and there’s not enough stars in the sky for how I want to rate it.  It is sitting in the #1 spot on my Top Recommendations list—and not just for 2018.  If that doesn’t tell you how much I loved this book, maybe letting you know I own the ebook, signed-in-person paperback, audiobook, a bookmark and magnet will?  Yes, that much.  You’ll love it too.  Be prepared for the feels, have your tissues handy.  And yes—this story is strictly for readers 18+ for adult language and sizzling hot explicit sexual content.

The narration: Joel Leslie has long been a favorite narrator for me, but he outdoes himself here with Evolved.  The way he demonstrates with his voice how Shaun evolves is uncanny, and the level of emotion he injects into both Shaun and Lloyd’s characters elevated the story beyond my expectations.  I listened to this after I had already read the ebook and knew what was coming in that last part of the book, and hearing it performed like this still had me crying while I was listening as I was driving.  His performance of Evolved has it tied with another of his performances for my top audiobook of 2018…so yes, all the stars and more!

N.R. Walker is an Australian author, who loves her genre of gay romance.

She loves writing and spends far too much time doing it, but wouldn’t have it any other way.

She is many things: a mother, a wife, a sister, a writer. She has pretty, pretty boys who live in her head, who don’t let her sleep at night unless she gives them life with words.

She likes it when they do dirty, dirty things… but likes it even more when they fall in love.

She’s been writing ever since… 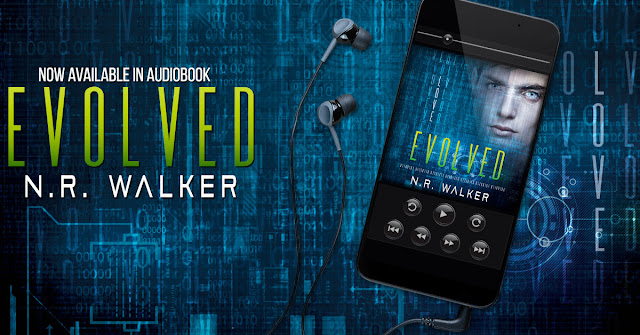