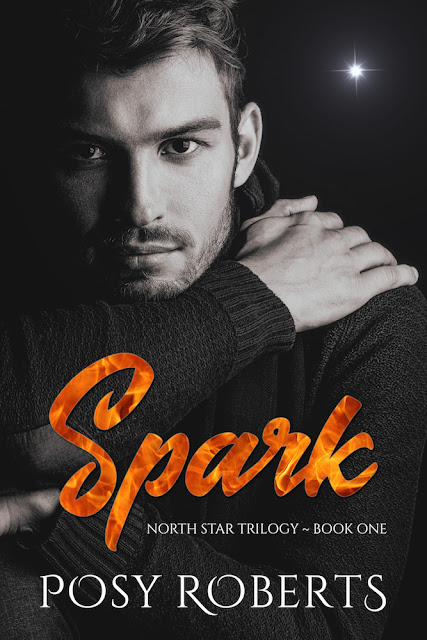 A love story with a seventeen-year intermission.

Hugo Thorson fell in love when he was sixteen. He's maybe been in love since, but probably not. He's been too busy directing plays to devote much time to men who can't accept all of him. No one ever made him feel like his first love did.

Kevin Magnus married a woman and has two children, but the marriage wasn't happy. In the shadow of divorce, he's striving to be a better father, but he's still a work in progress.

When Hugo and Kevin bump into each other at the lake, memories of their last kiss incite a new first kiss. Visions of the life they always wanted are vivid, but so much stands in the way of their dreams. Hugo is out and proud but no one knows Kevin's bisexual. If Kevin comes out, he risks losing custody of his kids. If he doesn't walk hand in hand with Hugo, he risks losing the love of his life.

The curtain may never rise on their second act. 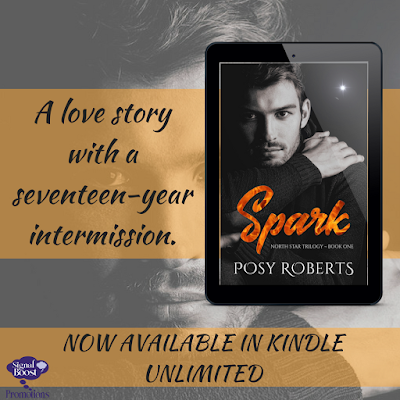 I was never able to get around to getting this series when it first came out, but I am SO glad I was finally able to read this now with the re-release.  Second chance romance is one of my absolute favorite tropes, and everything about this story captured my attention.  That it is also friends-to-lovers just made it even more enticing.  And while I normally don’t particularly care for children in romance books, Kevin’s kids are pretty cool and do add depth to the story.

As far as main characters go, I couldn’t have asked for two better guys.  Hugo knows exactly who he is, and is comfortable in his skin.  He’s talented and intelligent, and I really liked how supportive he and his best friend Summer were for each other.  Kevin’s home life growing up was quite a bit different from Hugo’s.  Kevin’s father is a character that I strongly disliked, and not just because of his homophobic attitude.  He was the classic power-hungry, money-centered father who had Kevin’s entire life mapped out.  Unfortunately, at that stage of Kevin’s life he’s just not strong enough to break free of that.  The second time around is a whole other story though, and it was very satisfying to see the growth Kevin’s character went through.

When Hugo and Kevin meet again the second time around, it’s almost as if nothing changed—that’s how comfortable they are together even all these years later.  As close as they became as teens, now that chemistry is still there and as adults the physical aspect is obvious and even stronger.  The process of getting to know each other all over again made for some great reading, especially as they are discovering new facets of each others’ lives.

Spark is one of those books where I stayed up way too far past my bedtime trying to finish in one sitting; I just didn’t want to put it down.  Once I was done, I immediately wanted to pick up the next book to see where their relationship went from here, especially after something Kevin’s daughter says to them near the end of the story (sorry, a tease I know).  I can’t wait to read more about Hugo and Kevin, because together they’ve captured my heart and I really want things to work out for them.

Spark was a 5-star read for me, and is a fantastic start to this trilogy.  Hugo and Kevin are characters the reader will easily care for, and they’re surrounded with a strong cast of supporting characters in their friends and family.  They are amazing together—not to mention hot and sexy when it comes to the physical side of their relationship.  I highly recommend this book to any and every M/M romance fan.  This book is meant for readers 18+ for adult language and sexual content. 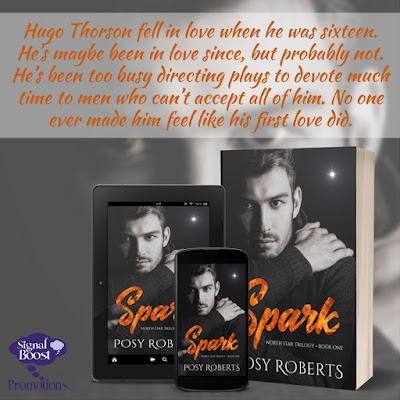 Posy Roberts started reading romance when she was young, sneaking peeks at adult books long before she should've. Textbooks eventually replaced the novels, and for years she existed without reading for fun. When she finally picked up a romance two decades later, it was like slipping on a soft hoodie . . . that didn't quite fit like it used to. She wanted something more.

Her stories have been USA Today's Happily Ever After Must-Reads and Rainbow Award finalists. When she's not writing, she's spending time with her family and friends and doing anything possible to get out of grocery shopping and cooking.