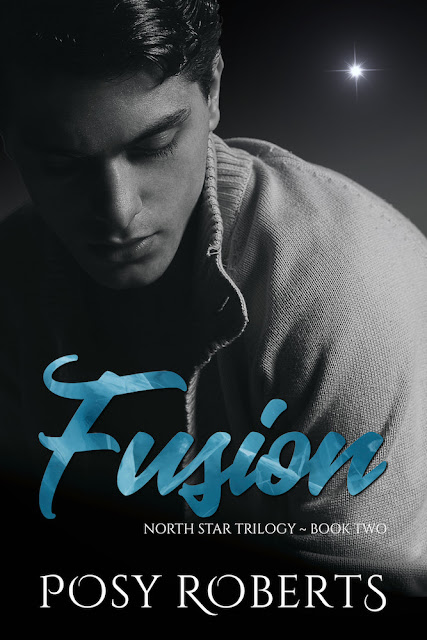 Kevin and Hugo make plans to blend their lives, but bleak news changes everything. Building a future together is still a priority, but only if their relationship can survive.

Everyone in Kevin’s life knows him as straight rather than bisexual. There was no need to come out until now, but loving Hugo is worth any prejudice he’ll encounter. Hugo does his best to be patient while Kevin navigates his way toward openness, but he refuses to be put back in a closet for long.

Kevin wants to tell his kids without screwing up their newfound stability, and he worries about telling his ex because Erin might use the truth against him to renegotiate custody. Kevin wants it all finalized, but time isn’t on his side.

When Erin gets grim news, it shakes everyone to the core and rips Kevin away from the life he planned with Hugo. The news brings Hugo’s past hurts bubbling to the surface. Yet when Erin turns to Hugo for support, their new connection shows him how essential he is to Kevin and his kids.

Despite the chaos, it’s clear Hugo is very much a part of this unconventional family.


After how much I loved the first book in this trilogy (Spark), I couldn’t wait to dive right in to Fusion to see how Hugo and Kevin’s relationship would progress.  What was waiting for me was a lot of angst, drama, and a continual unsure feeling throughout the story as Erin’s “grim news” turns into the major story arc.

For me, the heavy concentration on that news and its affect on the entire family did become almost overwhelming at times.  It does provoke character growth for Hugo, but even more so for Kevin, who suddenly has much more responsibility than he’d had before.  It also changes the dynamic of their relationship as their “unconventional family” takes shape.

In Fusion, we not only get to read from Hugo and Kevin’s points of view, but there are also some scenes where Erin is the one we’re hearing from.  This does provide the unique perspective from someone outside the relationship, but still incredibly close—and not just because she’s Kevin’s ex.  Her acceptance of their relationship and her need to see them happy without feeling they have to hide was admirable, and leads to a turning point for them as well.

I was not a fan of Erin’s parents and their views, but especially not of how they spoke about Hugo and treated him.  Erin and her brother Russell though, they do get some very big hugs from me.  Summer, Hugo’s best friend, is back in this story and is just as supportive now as she was in Spark…she even gets a bit of her own happiness here too.

Overall, Fusion was a 4-star read for me.  The more somber tone of the story and focus on Erin’s situation made this a more serious read, but still had moments of love and beauty (the scene in the ocean in particular…sorry, there’s my teasing you for this review).  I’m so very ready for the final story in this trilogy to see how things finally play out for Hugo and Kevin!  Before reading Fusion, it is necessary for you to read Spark—this cannot be read as a standalone.  Also, this book is meant for readers 18+ for adult language and sexual content, but also be aware that serious health issues take center stage for this story, which may upset some readers who have gone through something similar with their own family or friends.

Posy Roberts started reading romance when she was young, sneaking peeks at adult books long before she should’ve. Textbooks eventually replaced the novels, and for years she existed without reading for fun. When she finally picked up a romance two decades later, it was like slipping on a soft hoodie . . . that didn’t quite fit like it used to. She wanted something more.

Her stories have been USA Today’s Happily Ever After Must-Reads and Rainbow Award finalists. When she’s not writing, she’s spending time with her family and friends and doing anything possible to get out of grocery shopping and cooking.