Gay for Pay was originally published in 2015. Flash forward nearly 3 years later and I have learned so much, become more comfortable as a writer and I'm writing better stories for my readers. So, my editor and I decided to go back to the book that started it all. It was the first book we worked on together and it was the first book in the now wildly popular All Cocks stories. I guess you could say we've come full circle. 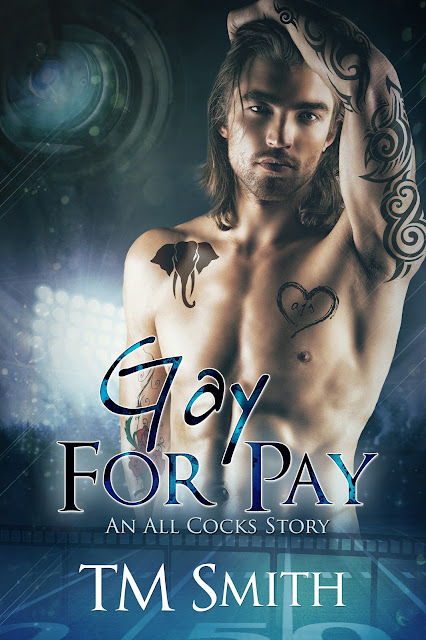 GUEST POST
We're so happy to welcome author T.M. Smith to Making it Happen today!  Check out her guest post to learn about her inspiration for Gay for Pay!

Thanks for hosting me today Carra for the Gay for Pay re-release blog tour. I decided to go back and dig up a guest post where I talked about the inspiration for the book and the characters, so here that is…
Today I’m going to talk about visual inspiration and what my main characters look like. Let me start by saying, this book was inspired by a conversation I had at GRL 2014 in Chicago with a couple great guys. Randy Blue stars Jordan Levine and Caleb Strong are my Chris and Linc, so they were the guys I saw for the most part while I was writing the story. I did tweek Christopher’s appearance a little, so he’s sort of a mixture of Jordan Levine and actor Richard Madden (Rob Stark GOT). Chris has Jordan’s body and ink, but the look and feel of Richard with his wavy Auburn hair and smile. Lincoln is all Caleb though, right down to that amazing body and cute little shy smile. 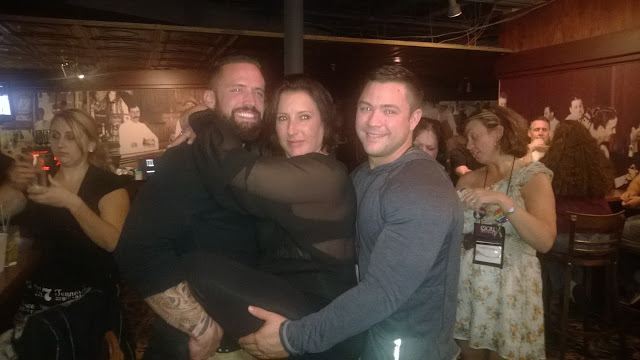 For my threesome I knew I wanted their appearance to fit their role and their characteristics. Victor has this sex on a stick Romanian accent and a hypnotic personality, for him I chose Luke Evans. Andrew is driven and focused but down to earth with a motherly side, for him I chose Matt Bomer. And Mattie, god how I love Mattie, this character really took on a life of his own while I was writing. For him I chose a young Charlie Hunnum. Think the British version of Queer as Folk, NOT Sons of Anarchy.
Most of the time I will choose a visual point of reference for a character before I start writing, but with Officer Jon and Kory it was different. I didn’t find their images until after I’d finished the first draft. I think the fit well though, so we’ll see as the books progress.
To see what I saw while writing please visit my Gay for Pay album on Pinterest which includes images of how I see the house on Mamaroneck Island, the bedroom where the magic happens, Chris’s raven tattoo and of course, the men of All Cocks.
https://www.pinterest.com/ttcbooksandmore/gay-for-pay/
I wrote this post back in 2014 when Gay for Pay initially released and I was reminded of that time not only because of the re-release, but because we recently lost the lovely lady that introduced me to Jordan and Caleb, Sandrine Gasq-Dion. Her passing was sudden, unexpected and very heartbreaking for anyone that knew her. But in the days since her passing, I’m reminded of just how influential she was in our close knit community. Were it not for my friendship with Sandy, I may have stopped writing before I even published my first book. She gave me purpose and drive when I was ready to throw in the towel. And then she was key to me meeting the two guys that inspired the All Cocks stories. Goddamn, I miss that bitch! But she’ll continue to live on in our memories, in us retelling stories of time we got to spend with her. 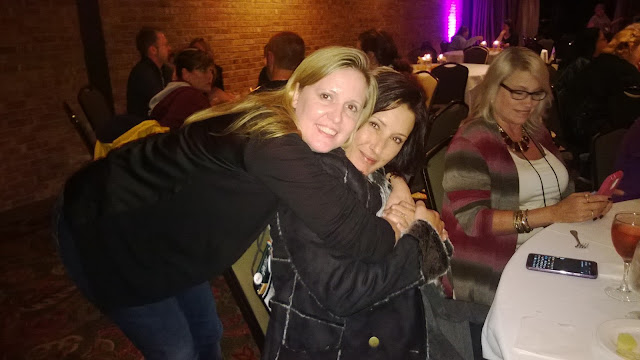 Again, thanks for having me Carra. Make sure to enter the giveaway below before you go.
Check out the ‘meet the models’ section on my website for visuals: http://www.authortmsmith.com/meet-the-models 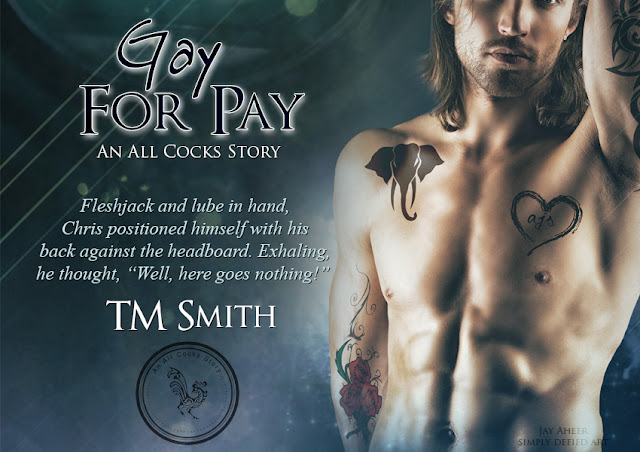 One of the things I really love about this story is how the All Cocks group is portrayed as a family--a patchwork of friends, co-workers, and lovers but a wonderful family nonetheless.  The entire cast of characters is intriguing, and the way they are written makes you want to hear every one of their stories (yes, even Kory, the requisite jerk of the group).

I thought Chris' character had a lot of depth, and watching as he finds a new kind of family to see who he really is and take him in regardless of his past makes for a very enjoyable read.  Linc fits quite well with Chris, and is patient, supportive and caring as Chris becomes comfortable in his new life and being with a man.  Once Chris moves past the awkward stage, the chemistry between the two of them is electric which translates into some crazy hot intimate scenes both on camera and off.

This was the first book I'd read by T.M. Smith, and after finishing I went on to read the rest of her books in this series, and I can highly recommend every single one of them.  A great M/M romance and voyage of discovery, Gay for Pay was a 4.5-star read for me.  This second edition of the story gives readers an even better look at the characters, and was even more satisfying than the first one.  Recommended strictly for 18+ due to explicit M/M sexual content.

Dec 6th
Happily Ever Chapter – Review & This or That

Join the All Cocks INC Groupies page on facebook for exclusive excerpts, content, early peek at covers and giveaways that are just for members of the group.

NOTE: this box set includes the 2nd edition of Gay for Pay 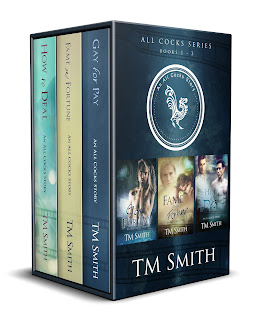