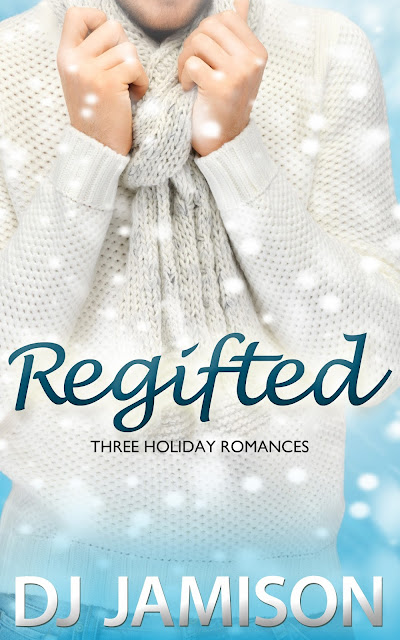 Winter Blom: Lane Cross works construction to pay the bills, and makes metal art to ... also pay the bills. As a single dad, the enjoyment of his art has taken a backseat to making ends meet. And his love life has taken a back seat to caring for his son, especially when Zach, age 6, sabotages every babysitting attempt Lane makes. Then Lane meets news intern Andy Blom. The man's Swedish name meaning bloom is perfect for him: Andy is refreshingly sweet and vibrant. But when Lane moves too fast, will he scare away the surprisingly innocent young man - or will Andy's journalistic ethics end them before they ever begin?

Chance for Christmas: Chance Rasmussen returns to Ashe, Kansas, eight years after his high school crush humiliated him with a sext that went viral. He's low on holiday spirit with his personal ghost of Christmas past haunting him, but when his BFF asks him to attend a party as her fake date, he reluctantly agrees. The last person he expects to see there is Joe Stewart, the compassionate prosecutor he hero-worshipped during the lowest point of his life. The spark of attraction is still there, but Chance isn't planning to stay in Ashe past the holidays and the specter of his past still looms large between them. Can they find a way to build a future together or will Joe only have Chance for Christmas?

Yours For The Holiday: Remy Wells is in no mood to share a room with his brother's best friend during a holiday stay. Jason Hendricks has always treated him like a little brother to tease and taunt, all the more embarrassing because Remy has secretly crushed on the jerk since puberty. But when Jason confides he's bisexual, Remy realizes the crush he loves to hate could be the perfect rebound.

Two of the books in this set are from the Ashe Sentinel Connections universe, but each romance introduces new characters and can be read on its own. 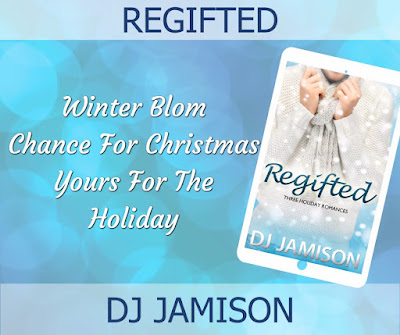 Joe found Chance lingering in the entryway to the back hallway, hands stuffed in his pockets, pulling his already snug jeans even tighter across his thighs. He had his head tipped back against the wall and his eyes were closed, allowing Joe to look his fill.

He stared for a long moment, reminding himself of who Chance had been to him. Comparing the boy to the man. In many ways, he was the same guy. That dark, glossy hair just a bit wild about his face. That smooth skin, more tan than pale after years spent in California but still just as creamy.

Yet, there was a strength to him that had been missing when he was younger. His sweater fit him like a glove, stretching across shoulders much more capable of carrying a burden than the day they met.

Joe looked up into the gray eyes that were the most telling feature in Chance's transformation from boy to man. Instead of eyes pleading for a rescue, Joe saw clarity and confidence.

Chance's lips spread into a slow smile, and Joe knew he was busted for staring.

Unable to come up with a good excuse for looking at Chance like he was a prime cut of beef, he fumbled for something else to say. "Sarah okay?"

Chance glanced down the hall toward the closed door of the women's room. "I'll give her five more minutes and then make sure she hasn't passed out in there."

Chance nodded, his eyes flicking up to meet Joe's. "Guess you know now that our date was a bit of a sham."

The whole party knew after that outburst on Sarah's part. Not that Joe didn't already suspect. He came to know Chance well all those years ago, and that boy was gay.

Chance shrugged a shoulder. "Sarah wanted a date, and I owed her a favor. All her friends are coupling up. You know how that goes. She was tired of being looked on as pitiful for being single."

"There's nothing wrong with being single. It's not an affliction," Joe said mildly.

Joe laughed, but it came out strangled. This was his opportunity ... maybe the only one he'd ever get ... to ask out Chance. Take him on a date. Be with him the way he wished he could have eight years ago, even if only for one night.

Chance would inevitably leave town again, but Joe could have this moment. If Chance wanted it, too.

Andy sucked in a sharp breath, going utterly still in his arms, and Lane wondered for a moment if he'd made a mistake. This gorgeous guy had been pinging his gaydar from the moment they met, but maybe it was wishful thinking on Lane's part. He hadn't met someone who appealed to him so strongly in a long, long time.

Then Andy made a soft noise against his mouth, and melted in his arms. Thank God.

Lane pulled back to whisper, "So great," before returning to the man's lips, this time tracing his tongue along the seam of Andy's mouth and encouraging him to open for a deeper kiss.

Their tongues met, and Lane groaned, his c*ck hard in his pants.

It had been a long damn time since he'd been laid. Between being a single dad, working full time and doing artwork ... more because it supplemented his income than because he loved it, these days ... he didn't have time to date. Not to mention, he hadn't felt ready until this past year.

Losing someone you loved was awful. Losing the mother of your child was devastating on two levels: Lane's grief for his wife had been difficult enough, but watching his son grieve - mourning the mother his son would never have - had been nearly unbearable.

Lane's hands slid under Andy's shirt, tracing up the bony knobs of his spine.

He'd been right; Andy's skin was as soft as flower petals. He thought back to the flower he'd begun crafting in his garage that afternoon ... the daffodil, a flower he hadn't created before. A flower that represented new beginnings. He knew because Christy had been a florist and she'd drilled the symbolism of flowers into his head every chance she got. She'd been passionate about them, and now it felt like a sign.

This was right. He had her blessing.

Andy trembled in his arms, kissing him with little finesse but enough passion Lane didn't care. He was unraveling under Lane's hands, and that was good enough. More than good enough.

Yours For The Holiday

"Hey," Jason said quietly. The bed dipped as he sat down on the edge of the mattress. "You okay?"

"Oh, so you're done avoiding me?" Remy said, hating the bitter edge to his words. He swallowed hard, trying to gain control over his emotions, so he didn't make a fool of himself yet again.

Swallowing hard, Remy forced out words that had been nagging at him all day. "I'm sorry too. I got carried away. I didn't mean to pressure you..."

Jason's hand hovered in the air. Remy watched Jason hesitate before resting his big palm over Remy's thigh. The blankets formed a barrier between them, but the point of contact burned as if he could feel the warmth spilling from Jason's hand.

"I, uh, find you very sexy," Jason said, voice tinged with embarrassment. It would be charming if it weren't for the heavy topic of conversation. "But I need the Wells family. I don't talk about my parents much, but..."

"I know it's not great," Remy said. "Dad filled me in on what happened last summer with your mom."

"Yeah," Jason said. "So, basically, I'm terrified of f*cking everything up. If I go there with you, I might hurt you. And if your parents or Derek find out, I'm not sure what they'd do. It's just ... messy."

"It doesn't have to be," Remy said. "It's just some fun. No strings needed. And as for going there with me, don't you think the cat's already out of the bag? You've had your hand on my dick."

Jason glanced at Remy's crotch, unable to resist teasing him. "Cat's out of the bag? And here I thought pussy only referred to..."

Remy slapped his hand over Jason's mouth. "Don't say it!"

Jason chuckled, his warm breath gusting over Remy's palm. Remy shivered as their eyes locked and held. When the wet tip of Jason's tongue licked a stripe over his hand, he couldn't hold back a small moan.

"I'm not saying no," Jason said roughly. "I probably should, but I can't say no to you again. Not one more f*cking time."