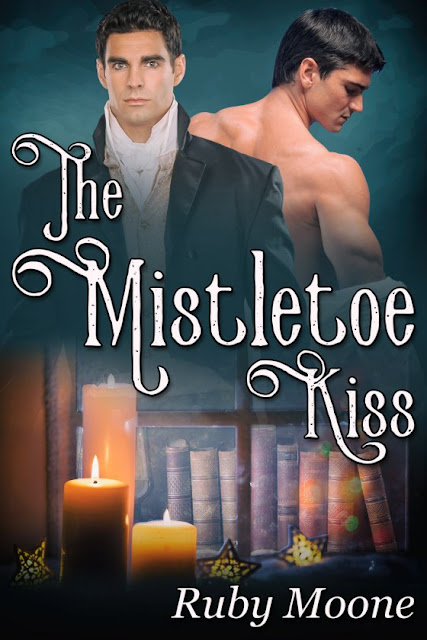 By 1816, widowed bookseller Lawrence Fenton has spent a lonely lifetime hiding who he is. He has convinced himself his feelings for his far too young, gorgeous, but troubled assistant Christy Shaw are nothing more than pride in his protégé and concern for his plight.

Lame since birth, Lawrence cannot imagine anyone wanting him, least of all Christy. But when Christy's life threatens to spiral out of control, Lawrence steps in. Then Christy's emotions spill over into a kiss under the mistletoe at Christmas. Will Lawrence be able to face the long-buried truth about himself and keep Christy by his side? 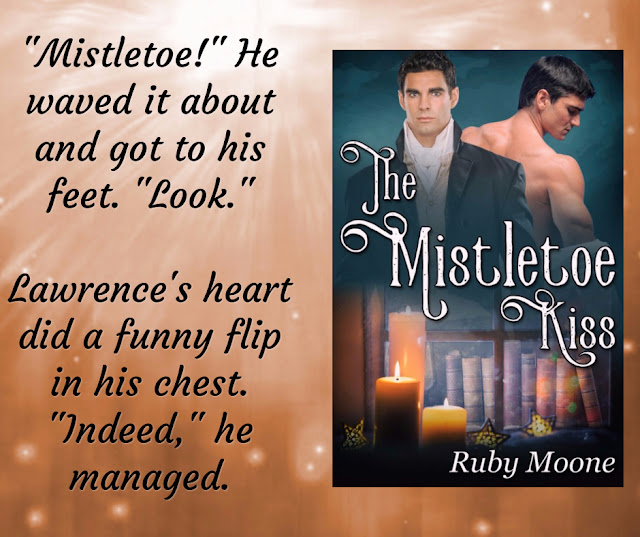 Christy was simply wonderful, always upbeat and continually looking for ways to help improve the book shop in which he works even when his personal family life is beating him down—literally.  He wants so much to help his mother, and does whatever he can to provide for her since her deadbeat husband—Christy’s stepfather—is pretty much worthless.  Lawrence is relatively staid and serious in comparison to Christy, though he clearly sees how intelligent and forward thinking Christy is when it comes to making the shop successful.

The tension between the two men continues to grow through the story (which doesn’t feel as short as it is), and flares even more after one quick, simple kiss on the cheek under the mistletoe.  Given the time period in which the story is set, neither man can risk being outed for their sexual orientation—something that is threatened at one point in the story.

There’s drama thanks to Christy’s stepfather, balanced by the thrill of finding love and the heat of passion finally coming to a head.  You’ll also find an amazing supporting character in Mrs. Anderton—an ally in a time when one would be sorely needed.  There’s also Christy’s mother, who at times I really liked (Christmas Eve at the shop) but at others I became exasperated with her (classic battered woman going back over and over again).

Overall, The Mistletoe Kiss was a 4-star read for me.  The fact that there was no real closure for Christy’s mother was a bit frustrating and factored into my rating, plus I was hoping for at least a small glimpse into Christy and Lawrence’s relationship much further down the road in an epilogue.  While the majority of the story is pretty G-rated, that flies solidly out the window when the two men finally give in, and makes this book one for readers 18+ for adult language and sexual content.

Ruby lives in Lancashire in the northwest of England. All through school she was told she would never get anywhere if she didn't stop daydreaming. Eventually it occurred to her to write down the daydreams, and voila! The beautiful men in her head came to life. Ruby writes historical and contemporary gay romance but has a definite weakness for handsome men in billowing white shirts, breeches, and cravats. Oh, and she loves tea. Lots of tea.