Re-Release Teasers: Going Under and Shallow (Going Under #2) by Georgia Cates 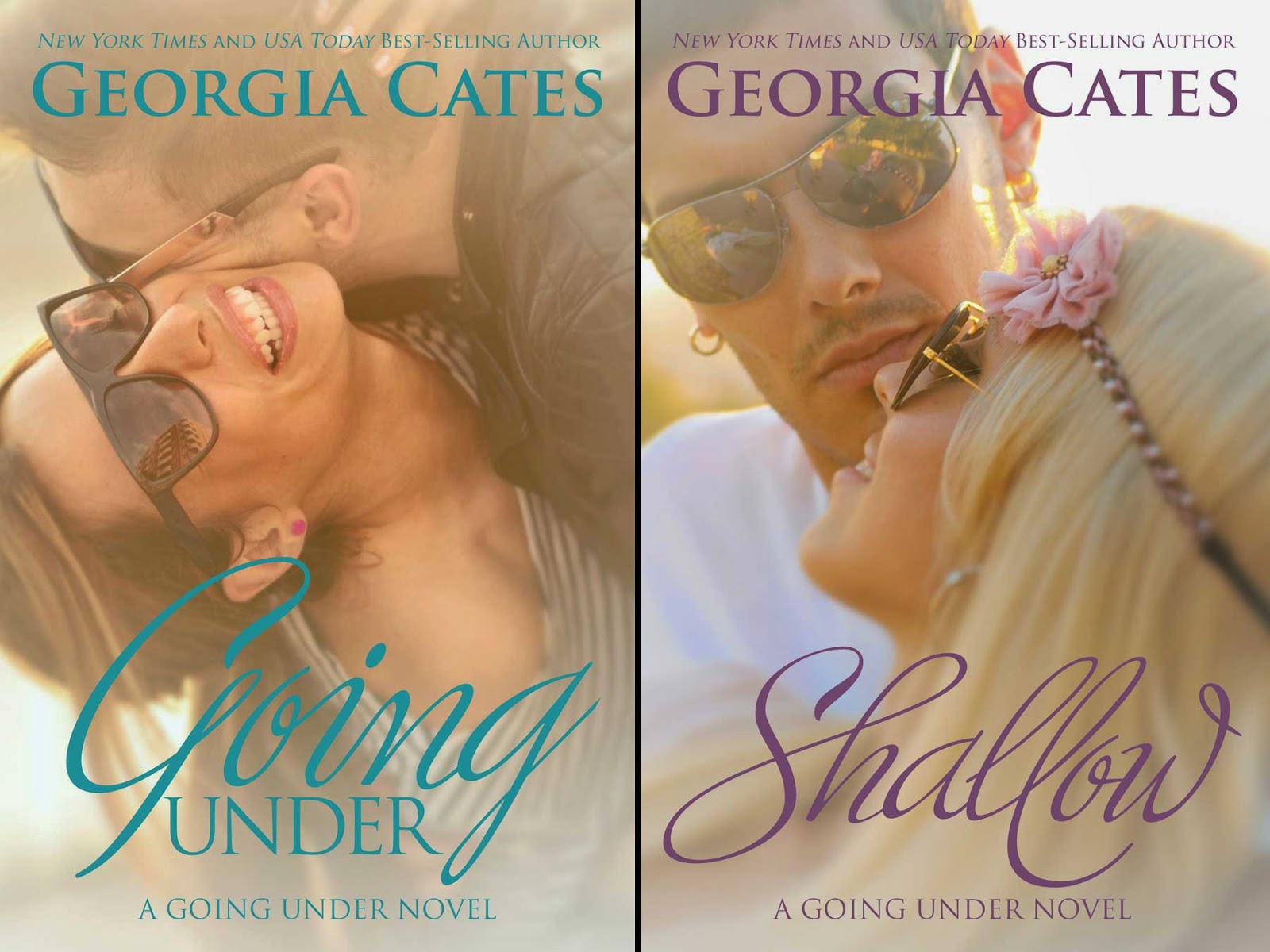 The re-release of Shallow and Going Under by Georgia Cates is coming!  Both books have newly written material that have moved them from YA to mature YA/NA...they are sexier and better ;-)  Check out the Goodreads links:

And here's those promised teasers...

Once we’re started on the assignment, I catch Jesse staring at me. Suddenly self-conscious, I run my palms down each of my cheeks. “What are you looking at? Do I have something on my face?”
“You do.” He reaches out, grazing the back of his fingers against my cheek. “You’ve got a little beautiful right there.”
The heat rises because I’m not used to such direct compliments. Forbes doesn’t do romantic. He’s too busy planning how he’ll get what he wants from me.
“You want to kiss me, don’t you?” God, do I ever.
He’s daring—and I love it—so I decide to return the boldness. “You have no idea how much.”
He isn’t going to back down. I see his determination but as I recall, he warned me about that. “I bet I have a pretty good idea since I probably want to kiss you just as much. Maybe more.”
We’re alone—most likely safe from being seen—but not guaranteed so it makes it so much more exciting. The thrill of being caught by someone makes my heart pump faster. I look into his pale blue eyes, willing him to lean forward and take the kiss I’m prepared to give him.
“I’ll do it,” he threatens.
“Then stop talking about it.” I know the sure-fire way to seal the deal. “I dare you.”
Bingo. I see it in his eyes. He’s in full-on badass mode. “I warned you I don’t back down.”
“That’s what I’m counting on.”
I imagine him leaning forward to steal a quick kiss but he doesn’t. He takes my hand and leads me across the library. He looks in every direction before opening a door and pulling me into a storage room I didn’t know existed. He shuts the door behind us and locks it.
Oh God. What’s he going to do?
He places his hands around my waist and pulls me close, our faces almost touching. “Believe me yet?”
“No. I need more proof.”
“I was hoping you’d say that.”
He places sweet, soft kisses on my lips and my legs threaten to crumble beneath me. His mouth migrates to my neck and up to my ear where he sucks my lobe. I let him because I know the door is locked.

“Okay, if you say …” That’s all I get out because Nick grabs the back of my neck and pulls me toward him, stretching halfway for a kiss. He presses his lips against mine and a fire rages that has nothing to do with the aftermath of pepper spray.
I open my mouth a little and he slides his tongue in between my teeth to tease me so I’ll open wider. He slides up to sit and turns his head to the side so his tongue can join mine in a romantic waltz. He tastes like mint with a hint of spice, sort of like pepper. The realization makes me smile and I feel him grin against my mouth.
His hands are on each side of my face and I revel in the moment. It’s the kind of kiss I’ve always longed for. It’s perfect in all ways but one. He’s a total player.
A car starts outside and I jerk away. Must be his dad. How did he get past us? I never even heard the door open.
Nick holds my face and I can feel his breath against my lips. “I’ve gotta go. Your dad is waiting.”
“He’ll wait,” he says breathlessly as he leans forward to possess my mouth again. I stop him by pressing my forehead to his.
“It’s rude to keep him waiting.”
He rubs his thumbs up and down my cheeks. “Can I call you tomorrow?”
I don’t respond. I only nod and he smiles because it’s the answer he wants. I halfway expect—and maybe even hope—he’ll pull me in for another kiss. He doesn’t, so I walk out the front door without looking back. I’m afraid I’ll run back for more if I do.