Here it is, the lovely cover for Karice Bolton's upcoming release of Hidden Sins (Luke Fletcher Series #1) on June 10th: 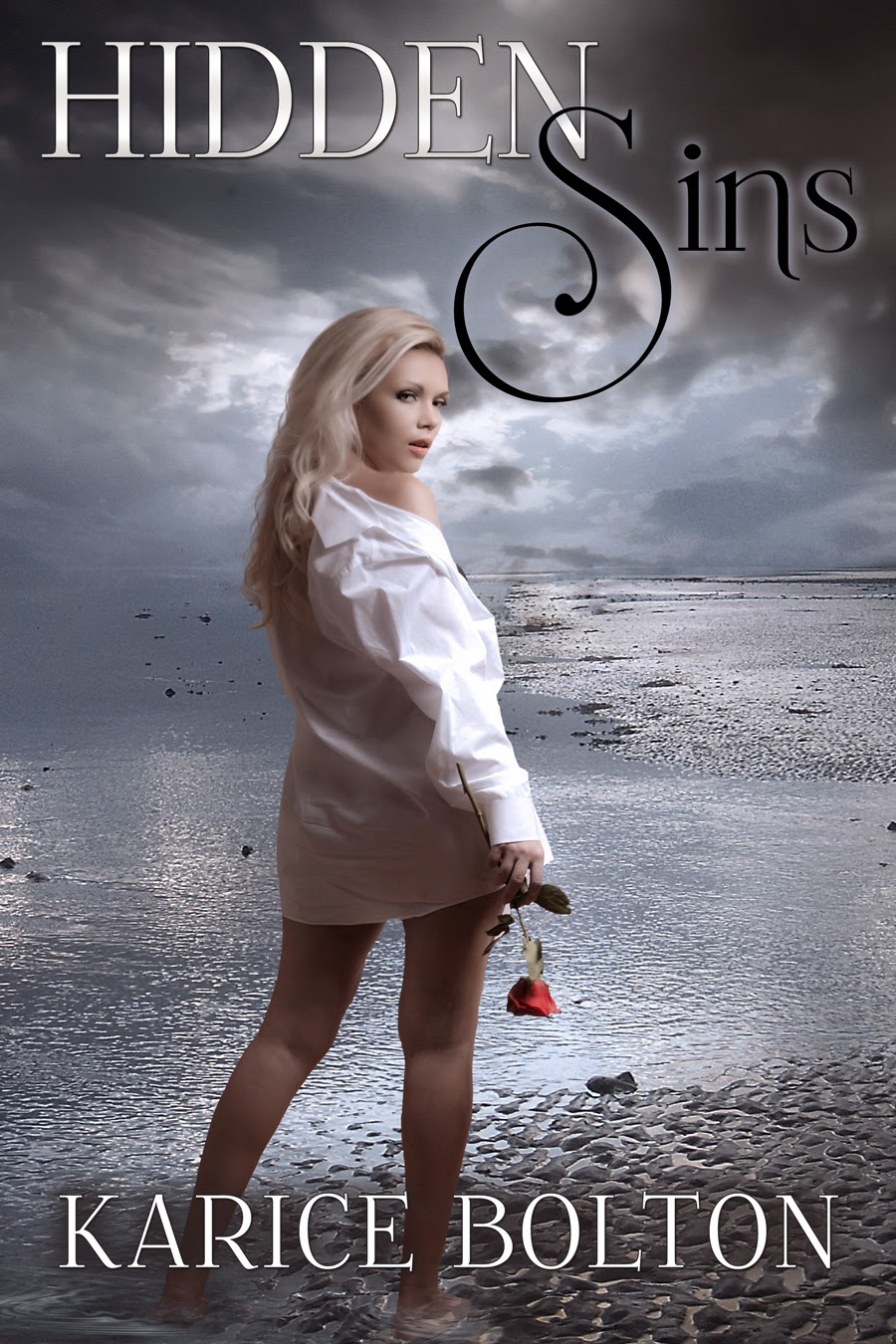 Synopsis:
Luke Fletcher asks himself one simple question. Is she worth dying for?
His answer is yes.
When Hannah Walker rolls into her new town on fumes, she doesn’t expect her past to catch up to her so quickly. But the moment her card is declined for a lousy cup of coffee, she realizes nowhere is safe, and her life on the run has just gotten more complex.
Luke Fletcher has made it his mission in life to protect. When he meets Hannah Walker, she makes it clear that his services aren’t needed and neither is he, but there’s something in her eyes that tells another story. Once he begins investigating the woman with many names, he realizes one thing is clear. Whoever, she’s running from won’t stop until she’s dead.
Determined to gain Hannah’s trust and break down her walls, Luke begins to share his own history, but where that leads could cost them more than their hearts as the sins of others threatens to destroy them both.