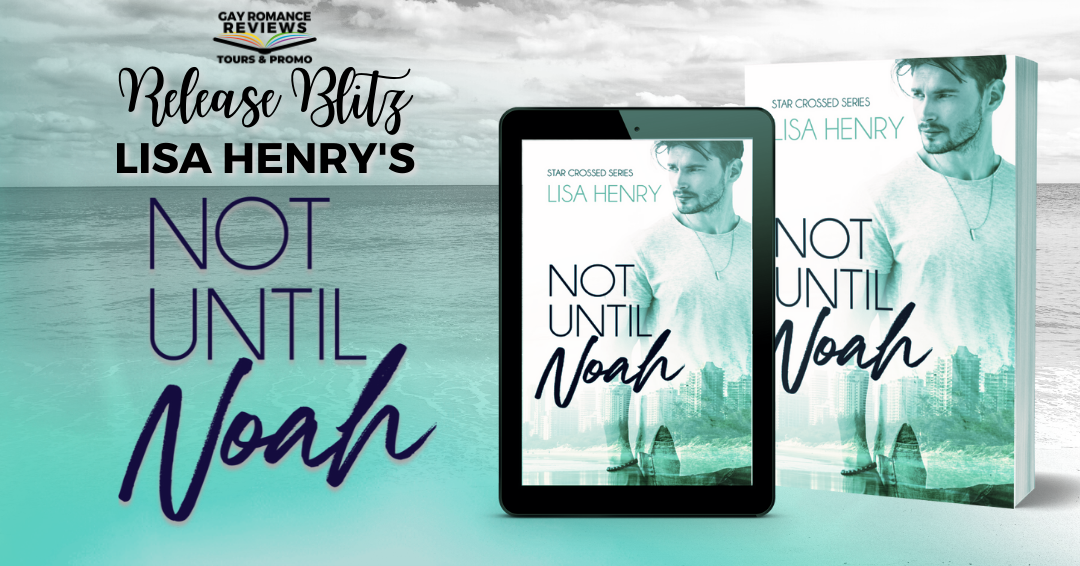 Not Until Noah
By Lisa Henry

Carter Westlake is on the brink of being Hollywood gold. Cast as the lead in a highly-anticipated sci-fi trilogy filming in Australia, he’s primed to be the next A-list action hero: all-American, hot as hell, and straight. The problem is, Carter can only check off two of those boxes. But that’s okay—his bisexuality can remain a secret until these movies are behind him.

Childhood educator Noah Jones has a plan. Work as a nanny for six months, make some extra cash, and move to the UK to teach. He doesn’t expect his new boss to be a Hollywood star. And he certainly isn’t prepared to fall for the guy.

One kiss sends them tumbling into a secret relationship, even though they both agree it can be nothing more than a fling. Carter needs to stay in the closet for the sake of his career, and Noah’s leaving. But when their feelings continue to grow into something deeper, Carter has a decision to make. Knowing that exposing his sexuality could cost him his career, would he rather carry on living a lie, or risk it all to stand tall in his truth?

Not Until Noah is the first book in the Star Crossed series, where regular guys meet famous ones, and sparks fly. 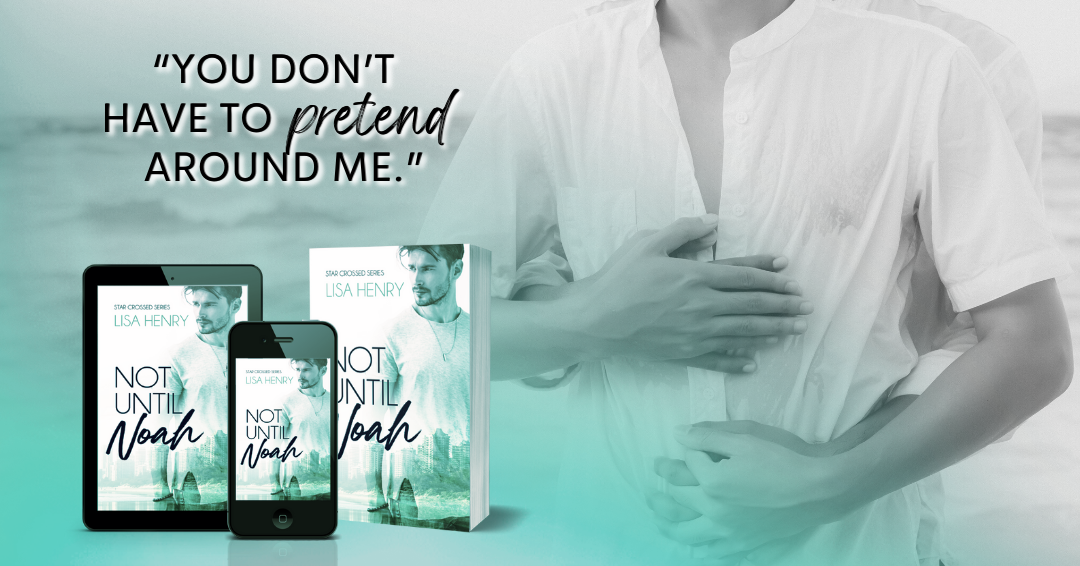 A flash of movement caught his attention, and he looked up to discover a small face peering at him from behind the archway separating the living room from the dining room. It was a little girl with dark hair. She was watching him warily, so Noah flashed her a smile. She wrinkled her nose and smiled back nervously, and he felt a little more at ease at once. Maybe not an entitled little brat then.

The little girl darted forward and sat next to him on the couch. “Hello. I’m Emerson.”

She took his extended hand and shook it firmly. “Are you going to be my nanny?”

“That depends,” he said. “Pineapple on pizza, yes or no?”

Emerson laughed and slapped his palm.

He glanced at Olivia and saw that she was smiling as well.

“Do you like other pizzas too?” Emerson asked him earnestly.

“Yeah, I like all sorts of pizzas,” he said. “What’s your favorite food?”

“That’s another great answer. We already have so much in common!”

Emerson’s smile lit up her whole face. She leaned closer to Noah and lowered her voice as though she was imparting a huge secret. “Those are sometimes foods, though.”

“They are,” Noah agreed. “What’s your favorite vegetable?”

Emerson beamed at him.

The guy sitting down beside Olivia was Carter Westlake. Carter f*cking Westlake! Carter Westlake the f*cking movie star! Noah’s brain shorted out as it struggled to reconcile the fact that a man he’d last paid fifteen dollars—plus more for a popcorn and a Coke—to go and see on a massive screen was an actual human being who was currently sitting right in front of him. Sitting there like a real person, and not just someone who existed in movies, or on the front covers of magazine at the supermarket checkout.

The NDA suddenly made a lot of sense.

And Jesus, but Carter Westlake was just as incredibly gorgeous in real life as he was on screen or smiling for the cameras on some red carpet. His dark hair was tousled, and the dark stubble on his jaw just highlighted the perfect angles of his face. He had hazel eyes framed by dark lashes, a straight nose, and a sharp jawline that Noah wanted to cut his tongue on. He was hot. Stupidly hot. Like Noah had always assumed that celebrities were airbrushed for public consumption, but no, apparently some people were just that attractive. Carter Westlake had won the genetic lottery, no question.

And by the time all of those thoughts had filtered through his brain at the speed of molasses, gumming up the works, he realized he’d been staring for way too long.

“Carter,” Carter said with a nod and shook his hand.

He was touching a movie star. This was amazing! Dylan was going to lose his sh*t! Wait. He’d just agreed to sign a piece of paper saying he couldn’t tell Dyl. Also, had he been shaking Carter’s hand for too long now? He pulled back quickly and then stared down at the NDA just for something else to look at. Something that wasn’t Carter Westlake.

Olivia slid a pen across the coffee table, eyebrows raised.

“Right,” he said, his voice cracking.

He picked up the pen and signed.

I’ve not read many boss-nanny/manny books, and this one was a nice change of pace for me.  It was sweet with that bit of longing, and a touch of oh-you-know-what’s-coming…but even if I could see some of the conflict on the horizon, this story still hit me in the feels thanks to the amazing lead characters.

Noah was simply wonderful.  He kept an eye on his brother to make sure he stays focused, was intelligent, so very good with kids, and an all-around nice guy.  Carter is stuck in that “I need to stay in the closet until I make it big” frame of mind, which is kind of understandable given his position; unfortunately it’s to his own detriment as he sort of digs himself into a hole.

The relationship between the two develops at a normal, easy pace given the boss-employee aspect that neither wants to cross.  Once they do though, that chemistry definitely sizzles.  They just click together, and as I was reading I was waiting for that one thing that would cause it all to come down.  I pretty much knew what would set things off, but wasn’t expecting the bit of extra that happened along with it (yes, I know I’m being vague…can’t spoil it for you, right?).

I really enjoyed this story, it will definitely be one I re-read in the future.  4.5 stars for Not Until Noah, and if you’re a fan of any kind of M/M romance I’m pretty sure you’ll enjoy it too.  Recommended for readers 18+ for adult language and sexual content.

To celebrate the release of Not Until Noah, Lisa is giving away a $20 Amazon Gift Card!

Lisa likes to tell stories, mostly with hot guys and happily ever afters.

Lisa lives in tropical North Queensland, Australia. She doesn't know why, because she hates the heat, but she suspects she's too lazy to move. She spends half her time slaving away as a government minion, and the other half plotting her escape.

She attended university at sixteen, not because she was a child prodigy or anything, but because of a mix-up between international school systems early in life. She studied History and English, neither of them very thoroughly.

She shares her house with too many cats, a dog, a green tree frog that swims in the toilet, and as many possums as can break in every night. This is not how she imagined life as a grown-up.

Lisa has been published since 2012, and was a LAMBDA finalist for her quirky, awkward coming-of-age romance Adulting 101, and a Rainbow Awards finalist for 2019’s Anhaga.

To connect with Lisa on social media, you can find her here:

She also has a Facebook group where you’ll be kept in the loop with updates on releases, have a chance to win prizes, and probably see lots of lots of pictures of her dog and cats. You can find it here: Lisa Henry’s Hangout.