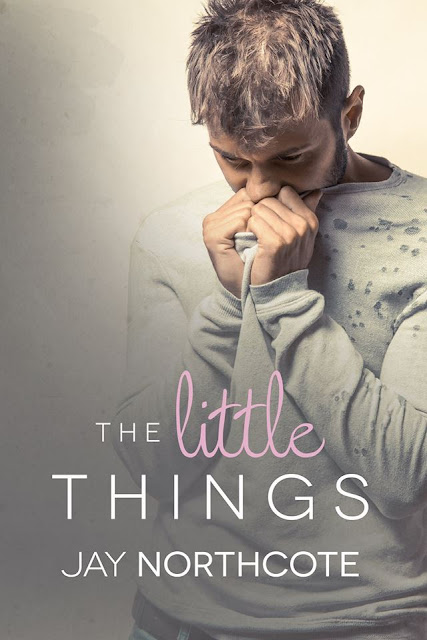 Sometimes it's the little things in life that make you appreciate what you have.

There are lots of things that brighten Joel's life. His three-year-old daughter Evie is one. His close relationship with her mother, his best friend from university, is another. Joel's boyfriend, Dan, adds spice to his child-free nights, and Joel is pretty happy with how things are.

One cold and rainy night, everything changes. Joel's life is turned upside-down when he becomes a full-time dad to Evie, and his previously carefree relationship with Dan cracks under the strain.

Meeting Liam, who acts as if getting hurt isn't a foregone conclusion, shakes Joel to the core. Their attraction is mutual, and Liam makes no secret of how serious he is about Joel. But Joel is wary. He tells himself he's keeping Liam at a distance for Evie's sake, when really he's protecting his own heart. Taking a chance on this new relationship with Liam may seem a small step—a little thing—but is it one Joel can take after losing so much already? 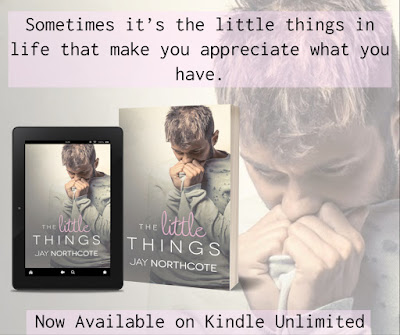 The Little Things was a sweet story focusing on Joel dealing with grief and loss while still navigating his everyday life, including his love life where certain aspects become very clear and others not so much.  He has to do this while caring for his adorable daughter Evie…and while I’m not one to care for kids in romance books too much, Evie was just right—not overly enchanting (or the opposite bratty child), and doesn’t steal the scenes from the main characters.

Joel seemed to have a good life at the start of the story, though for me personally I wasn’t a fan of the logistics of his relationship with Dan (Dan’s side of things).  After Joel’s loss though, as with many things in life after a big life event, things change once he comes to certain realizations.  Liam enters the picture slowly after that, but once he does things with him move fast—though to me it never felt too fast since everything between him and Joel seemed to click right from the start, and their emotional and physical chemistry were easily obvious.

There were times that I felt there was too much day-to-day stuff described that didn’t need to be there since it didn’t really add to the story, particularly in the first half of the book.  This did make the first half go a bit slowly for me, but once past that and into the portion of the story that concentrated more fully on Joel and Liam I fell more easily into it.

While I’ve heard some readers don’t consider this a romance, I would have to disagree.  Yes, this story is about Joel dealing with his grief, but it’s about him navigating his romantic relationships during that time, how he deals with it affecting his outlook for those relationships., and it’s about him falling in love while trying to protect his heart.

The Little Things was a 4-star read for me; I think if the daily life things that were so thoroughly described were cut down in the story, I’d be rating at least 4.5.  That said, this is definitely a story I’d recommend to M/M romance fans.  This book is meant for readers 18+ for adult language and sexual content.


Jay lives just outside Bristol in the West of England. He comes from a family of writers, but always used to believe that the gene for fiction writing had passed him by. He spent years only ever writing emails, articles, or website content.