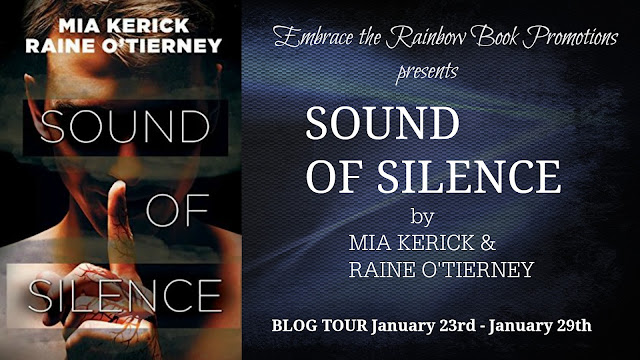 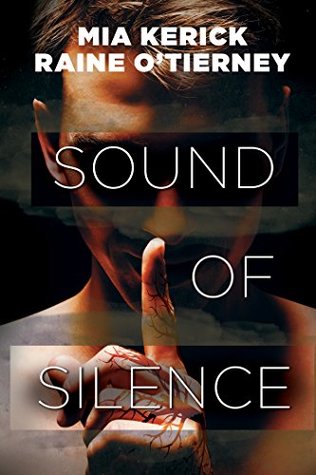 Renzy Callen exists on the periphery of life, and not just because of the horrific childhood event that robbed him of the ability to speak. Walling himself off from the rest of the world as a means of protection, he occupies his time with art, music, and an obsession with self-help groups—whether he needs them or not. His isolation protects him, and he’s immune to drama and emotional games… or so he believes. Everything changes when he meets Seven and Morning Moreaux-Maddox, the wealthy, jet-setting siblings who move from a life of sophistication in Europe to humdrum Redcliff Hills, Missouri.

Both Seven and his sister are impossibly beautiful and elegant, like the stars in magazines and high-fashion models on the runway. When Renzy is pulled into their push-and-pull of affection and rejection, he realizes there is more to both haunted Morning and cold, diamond-sharp Seven than meets the eye.

The three teens embark on a quest to learn the reason behind Renzy’s selective mutism, and something more than friendship blossoms between Renzy and Seven. It’s during this trip of a lifetime that the three realize the truth they seek might be found in the sound of silence.


Find Sound of Silence on Goodreads 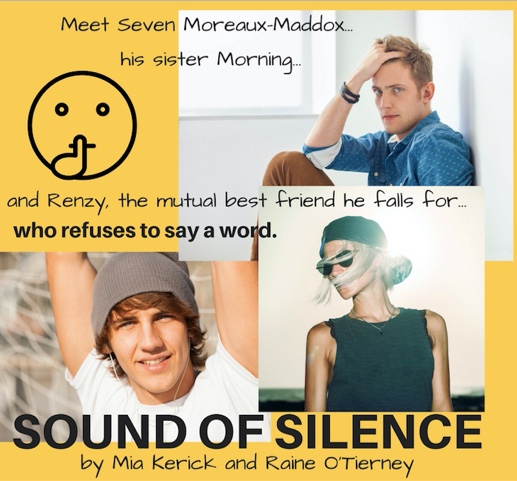 I don’t go straight to class. First off , I don’t give a sh*t if I’m late to Physics for the Curious, which actually is the class’s laughable name. More importantly, though, is this: I dropped the ball with Morning last year in Paris, and she’s paid a high price for my lax behavior. I’ve sworn on all things holy and unholy that I will not drop the ball again. Therefore, I’m required to lurk in the hallways when I’m supposed to be in class, sizing up our new environment so that I will be ready to protect her.

This is what I’m doing when I notice him—the very same dark- haired imp I saw running out of the Take Back Our Power meeting. I’m not comfortable with this—catching sight of the same boy two times in one day in such close proximity to my sister. I consider it my duty to study him, to memorize his face, to do what I should have done for Morning last year, at which I failed so miserably.

So I scrutinize each feature as if my plan is to sculpt his face out of clay, with no reference point but my memory. Despite the rage that scorches my eyelids with every goddamned blink, I like what I see. 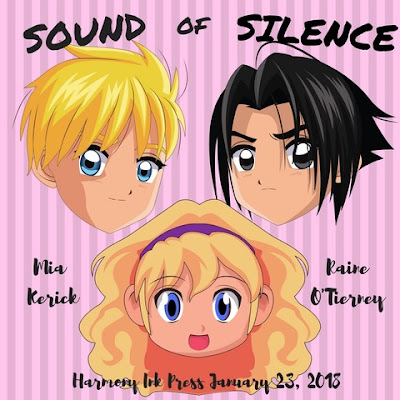 Though the main characters of this story are in high school and technically teens (18 & 19), don’t think you’ll be reading a young adult story.  Sound of Silence is really a coming of age tale primarily following Renzy’s journey to discover the reason behind his selective mutism, at the prodding of his new maybe-more-than-friend Seven, and accompanied also by Seven’s sister Morning.  There is also the touch of romance with the relationship that develops between Renzy and Seven, as well as some bits of drama from Morning’s past that involve Seven as well.  So if you’re looking for drama, angst and heartbreaking emotion…you’re definitely going to find it here.

I absolutely adored Renzy.  I can’t even begin to imagine being in his place, especially once I was done reading the entire story.  He’s an incredibly strong character, and wildly creative—not only through his artwork, but also in how he communicates with others.  It was easy to understand his frustrations, and to empathize with the pain he cannot give a voice to, or even recall.  He makes you think outside the box, and I felt challenged to understand his situation right along with Seven.  Morning had a much easier time comprehending Renzy and identifying with him due to her own painful past.

Seven is a fixer.  He sees people he cares about in pain, and wants to make things better for them—in particular his sister and Renzy.  Renzy is quite a challenge for Seven, but slowly and surely Seven starts to understand and interpret the things Renzy does and shows him as their connection grows and their relationship evolves to more than just friends.  When Seven can’t figure out what to do or say to help, it is frustrating to him, and he takes it personally…sometimes letting his emotions and anger start to get the best of him.

This story concentrates heavily on the journey to find out why Renzy can’t talk, what terrible thing could have happened in his past to lead to such an extreme reaction.  It can get quite emotional at times, putting strain on all of the characters not just individually but also between Renzy and Seven as well as Seven and Morning.  The romance that develops between Renzy and Seven is peppered in along the way, and is a wonderful complement to the heavier topics featured in the story.  While reference is made to physical feelings and wants, the intimate scenes are fade to black or off-page.  This actually suits this story quite well since the primary focus is on the journey and healing.

I really loved Sound of Silence, and I’m giving it the full 5 stars.  It’s a story I do highly recommend for any M/M romance fan, and though the physical intimacy is not focused on in the book, this one is still for readers 18+ due to the difficult subject matter, adult language, and topics that may be a trigger for some readers.

Mia Kerick is the mother of four exceptional children—a daughter in law school, another in dance school, a third studying at Mia’s alma mater, Boston College, and her lone son still in high school. She writes LGBTQ romance when not editing National Honor Society essays, offering opinions on college and law school applications, helping to create dance bios, and reviewing English papers. Her husband of twenty-four years has been told by many that he has the patience of Job, but don’t ask Mia about this, as it is a sensitive subject.

Mia focuses her stories on emotional growth in turbulent relationships. As she has a great affinity for the tortured hero, there is, at minimum, one in each book. As a teen, Mia filled spiral-bound notebooks with tales of said tortured heroes (most of whom happened to strongly resemble lead vocalists of 1980s big-hair bands) and stuffed them under her mattress for safekeeping. She is thankful to Dreamspinner Press and Harmony Ink Press for providing alternate places to stash her stories.

Her books have won a Best YA Lesbian Rainbow Award, a Reader Views’ Book by Book Publicity Literary Award, the Jack Eadon Award for Best Book in Contemporary Drama, an Indie Fab Award, and a Royal Dragonfly Award for Cultural Diversity, among other awards.

Mia is a Progressive, a little bit too obsessed by politics, and cheers for each and every victory in the name of human rights. Her only major regret: never having taken typing or computer class in school, destining her to a life consumed with two-fingered pecking and constant prayer to the Gods of Technology.

Contact Mia at miakerick@gmail.com. Visit her website for updates on what is going on in Mia’s world, rants, music, parties, and pictures, and maybe even a little bit of inspiration.

Raine O'Tierney loves writing about first loves and friendship. She believes the best thing we can do in this life is be kind to one another, and hopes her stories always reflect that. Raine loves encouraging people to write and has been known to repeat the phrase "I believe everyone has a story to tell" endlessly, until she breaks down even the most stubborn non-writer!

Raine lives outside of Kansas City, Missouri, with her husband, fellow M/M author Siôn O'Tierney. When she's not writing, she's either playing video games or fighting the good fight for intellectual freedom at her library day job.

Contact her if you're interested in talking about point-and-click adventure games or about which dachshunds are the best kinds of dachshunds!