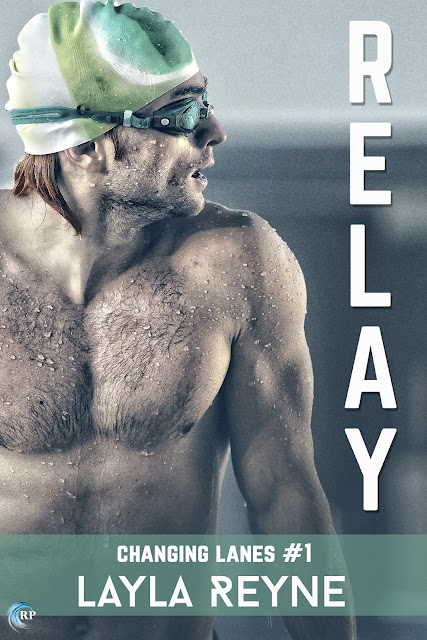 “Layla Reyne does a fantastic job portraying the pressures and delights of being an elite athlete, and how questing for the gold and going after a second chance at romance with the man you never fell out of love with are complex, emotionally intense pursuits. I was rooting for Alex and Dane from the beginning to the end, both in and out of the pool."
-Tamsen Parker, USA Today Bestselling author of the Snow and Ice Games series

Captain is not a title Alejandro “Alex” Cantu takes lightly. Elected by his teammates to helm the US Men’s Swim Team, he proudly accepts the role, despite juggling endless training, team administrative work, and helping out on the family farm. And despite his ex-lover, Dane Ellis—swimming’s biggest star—also making the Olympic Team.

Dane has been a pawn in his celebrity parents’ empire from crib to pool, flashing his camera-ready smile on demand and staying deeply in the closet. Only once did he drop the act—the summer he fell in love with Alex. Ten years later, Dane longs to cut his parents’ strings, drop his too-bright smile, and beg Alex for another chance.

Alex, though, isn’t ready to forgive and forget, and Dane is a distraction he doesn’t need on his team, until an injury forces Alex to accept Dane as his medley relay anchor. Working together, their passion reignites. When Dane’s parents threaten reprisal and Alex is accused of doping, the two must risk everything to prove Alex’s innocence, to love one another, and to win back their spots on the team, together.

Alex kept one hand in Dane’s, anchoring him and making sure he didn’t bolt, but their disguises held, as did every man’s interest in them. After his second drink, Alex slid the third toward Dane, and with each sip of liquid courage, Dane’s hand in his loosened a little more, the Dane Alex remembered from camp slowly surfacing.

Genuine smile full of innocence and gleaming teeth, not the fake for-the-cameras one that had become Dane’s default.

Bright, alive eyes, not worn down by conflict, not deadened by Dane’s fight against his parents and against himself.

Flushed freckled cheeks, not brought on by sunburn, exertion or anger, but by flirtatious attention.

Without a backward glance, Alex wound his way into the mass of writhing bodies on the dance floor. The crowd engulfed him, men dancing on either side of him. He closed his eyes and let the light buzz and music overtake him, let it wash away the tension that had dogged him for . . . he couldn’t remember how long. As much as Dane had needed a night out, so had Alex. An escape from the captaincy, from the press, from the weighty responsibilities and nagging guilt. Other than Dane, no one here knew him. No one cared that he was gay or Hispanic. No one would blame him for injuries, lost medals, or a dent in farm profits. He was just another body in the sea of dancers, a nameless guy out for the night, looking for a temporary break from reality. Dancing, he felt free, more like himself than he had in far too long.

Bodies swapped in and out around him, and Alex, in his own world, didn’t distinguish one from another until the mix of sweat and cologne was pierced by a waft of chlorine and Tropicana. Long tapered fingers settled on his hips, and a cowboy hat landed on his head. An arrow of heat shot straight to his d*ck when warm breath and the brush of chapped lips tickled his ear.

Dane had usually been the one in front when they’d danced, but Alex could lead from this position just as well. He covered Dane’s hands and pressed his body back, leaving Dane’s no choice but to move with him. Dane caught on fast, dipping and swaying with him, each movement teasing them both.

“Do you have any idea how hot you are?” Dane rumbled in his ear.

“Do you have any idea what it means in Texas to give your hat to someone?” Alex countered.

“Not until about ten minutes ago. Some guy at the bar wanted mine.”

“Told him it was already spoken for.” 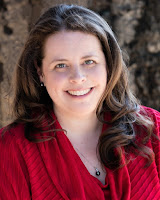 Author Layla Reyne was raised in North Carolina and now calls San Francisco home. She enjoys weaving her bi-coastal experiences into her stories, along with adrenaline-fueled suspense and heart pounding romance. When she's not writing stories to excite her readers, she downloads too many books, watches too much television, and cooks too much food with her scientist husband, much to the delight of their smushed-face, leftover-loving dogs.