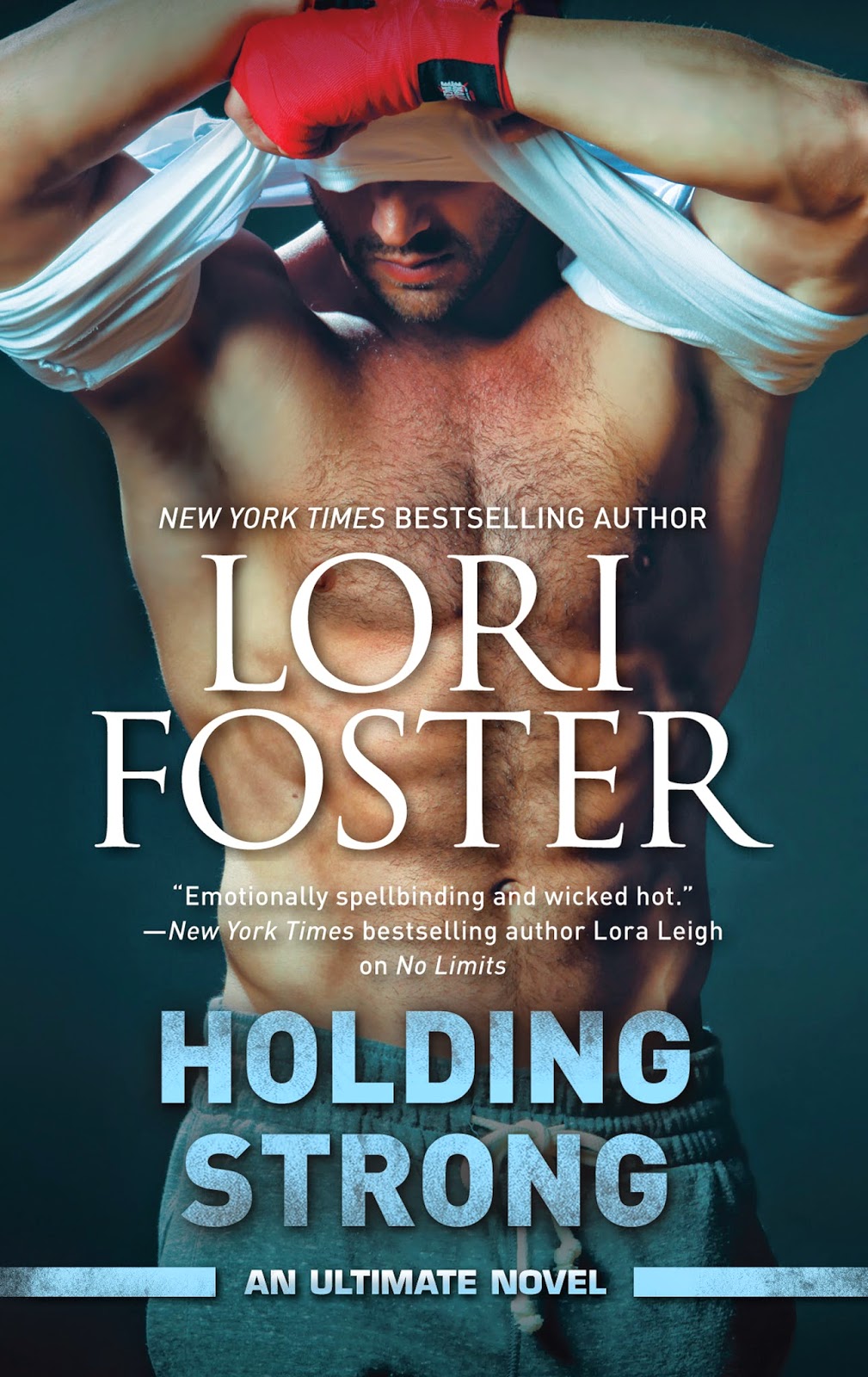 An up-and-coming MMA fighter wants more than just one night from a woman fleeing her past in Lori’s irresistible new novel.

Heavyweight fighter Denver Lewis plays real nice, but he doesn’t share. That’s why he’s been avoiding top-notch flirt Cherry Peyton. But a man can only resist those lush curves for so long. Their encounter surpasses all his fantasies, bringing out protective urges that Cherry’s about to need more than she knows…

Denver’s combination of pure muscle and unexpected tenderness has been driving Cherry wild. Yet no sooner does she get what she’s been craving than old troubles show up on her doorstep. And this time, Cherry can’t hide behind a carefree façade. Because the man by her side is one who’ll fight like hell to keep her safe…if only she’ll trust him enough to let him…

REVIEWS:
“Holding Strong will have you holding your breath while burning fingers quickly turn the pages.”
- Fresh Fiction

“…a fun and sexy read. It has a touch of suspense to it as well to keep the pace of the story going along.”
- It's a Reading Thing

“The men of Foster’s Ultimate series may be powerful fighters, but they are all heart, and none more so than the hero of this installment. His unwavering support for his feisty, frightened heroine redeems them both in time, but it is their searing chemistry that will hold readers’ attention.”
- RT Book Reviews

“Foster…manages to keep characters evolving throughout the course of a novel, becoming true ‘heroes’ by the time ‘The End’ rolls around.”
- Ripe for Reader

Holding Strong is part of the Ultimate series.
The full series includes the following stories:

Surprisingly enough, this is actually the first book by Lori Foster that I've read. I've just recently started reading some fighter books, so I was looking forward to reading this once I had the chance.The best part about Holding Strong for me was the characters. They all fit together perfectly-and I'm not just talking about the male and female leads. The entire group feels tight knit, like a family, and the way they are written piqued my interest for the rest of their stories (especially Armie and Stack). Denver, the male lead was overly hot, super protective and confident in his abilities. Cherry, the female lead, seemed to find it difficult to trust and was fiercely independent-even if it might be to her detriment.The main core of the story itself was solid and well written, and I really enjoyed the camaraderie between the fighter group. There were plenty of funny points-along with some very serious ones when it came to Denver and Cherry's pasts. The one thing that bugged me a bit was the multiple mentions of Denver's...generous package. For me, the repeated mentions of this seemed unnecessary and irrelevant to the overall story-yes, it made for some laughs a couple of times, but after that it just was a bit much (and caused me to knock a bit off my rating).Honestly, for me I got sidetracked into the supporting characters' stories which did draw some of my attention away from Denver and Cherry's storyline...but then again it did spark my interest for the rest of the books of the series. So having those interwoven into this book was both good and bad, making me vacillate on what rating to give. Overall, I'm giving it 3.5 stars. I really, really liked Denver-I just think the supporting characters stole a bit of his limelight here.

Since first publishing in January 1996, Lori Foster has become a USA Today, Publisher’s Weekly and New York Times bestselling author. Lori has published through a variety of houses, including Kensington, St. Martin’s, Harlequin, Silhouette, Samhain, and Berkley/Jove. She is currently published with HQN.

Lori hosts a very special annual “Reader & Author” event in West Chester, Ohio. Proceeds from the event have benefited many worthy causes, including the Hamilton County YWCA Battered Women’s Shelter, the Animal Adoption Foundation, The Conductive Learning Center for children with spina bifida and cerebral palsy, and The One Way Farm, Children’s Home.

Each year Lori donates all proceeds from one book to charity. You can see the benefit romance books here :http://lorifoster.com/benefit-books/