Blog Tour, Review and Giveaway: Hundred to One by Freya Barker

Hundred to One Synopsis:
Arlene Bowers is as tough as nails. She has survived a less than perfect marriage, managing to move past it to run her own diner. Her abrasive exterior has always been a way for her to hide behind the darkness and pain that she has endured, but a recent, violent attack and several disturbing phone calls have that tight hold on her emotions wavering.
Seb Griffin showed up in Cedar Tree eight months ago and was hired on at Arlene's Diner as a cook. An ex-con with secrets of his own, Seb walks a fine line. Since he began working at the diner, he's developed feelings for his fierce, stubborn boss, and the need to keep his distance from her, to protect her, is a daily struggle.
When it appears that Arlene's past has come back, rearing its ugly head while her defenses are low, Seb steps up and claims responsibility for Arlene, praying that he can keep her safe from whatever is coming her way.
Buy Links:
Amazon
Slim to None (book 1) 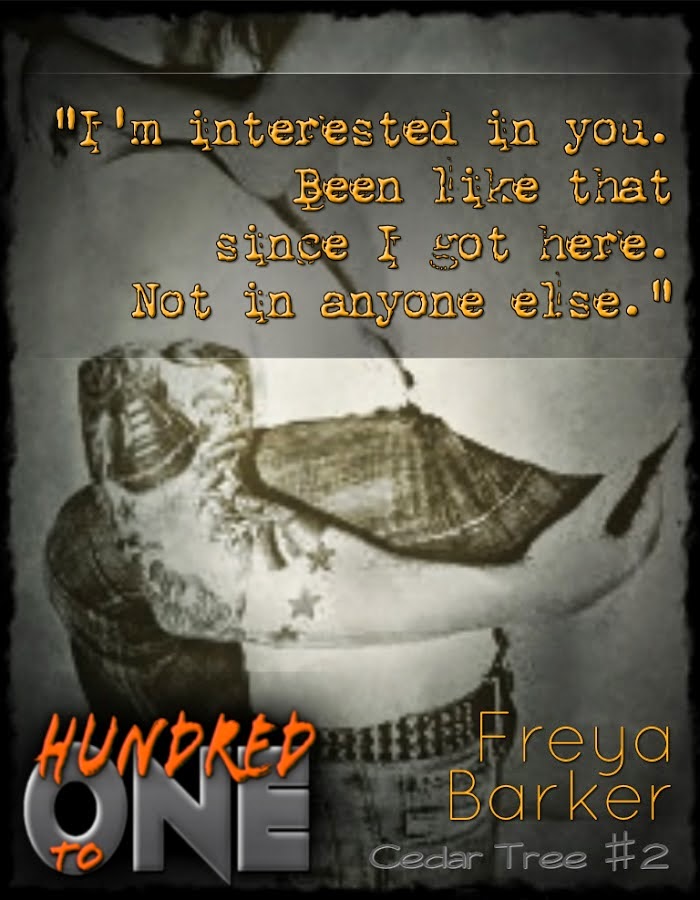 I hadn't read book one of this series when I started Hundred to One.  There were a few points at which I was unsure of the prior storyline, especially in the beginning, but eventually everything was explained.

This book has no shortage of strong characters, both lead and secondary.  Arlene, in addition to being strong is also a bit stubborn.  Seb (Sebastian) is a bit of the same way with his strong alpha male personality and fierce protective streak.  I loved Emma, and can't wait to go back and read the first book so I can get the whole story of her and Gus.

The secret that Seb was keeping kind of bugged me-I really wanted to see him come clean with Arlene sooner than he did.  But not revealing it did add to the already suspenseful storyline, making everything more intense...especially when his secret is finally revealed.

The sexual tension between Arlene and Seb is pretty strong until it finally erupts into some pretty steamy scenes that will have you turning on the closest fan (especially their first one!).

A story that will keep you on the edge of your seat, I gave Hundred to One 4 stars...and look forward to reading more from this talented author. 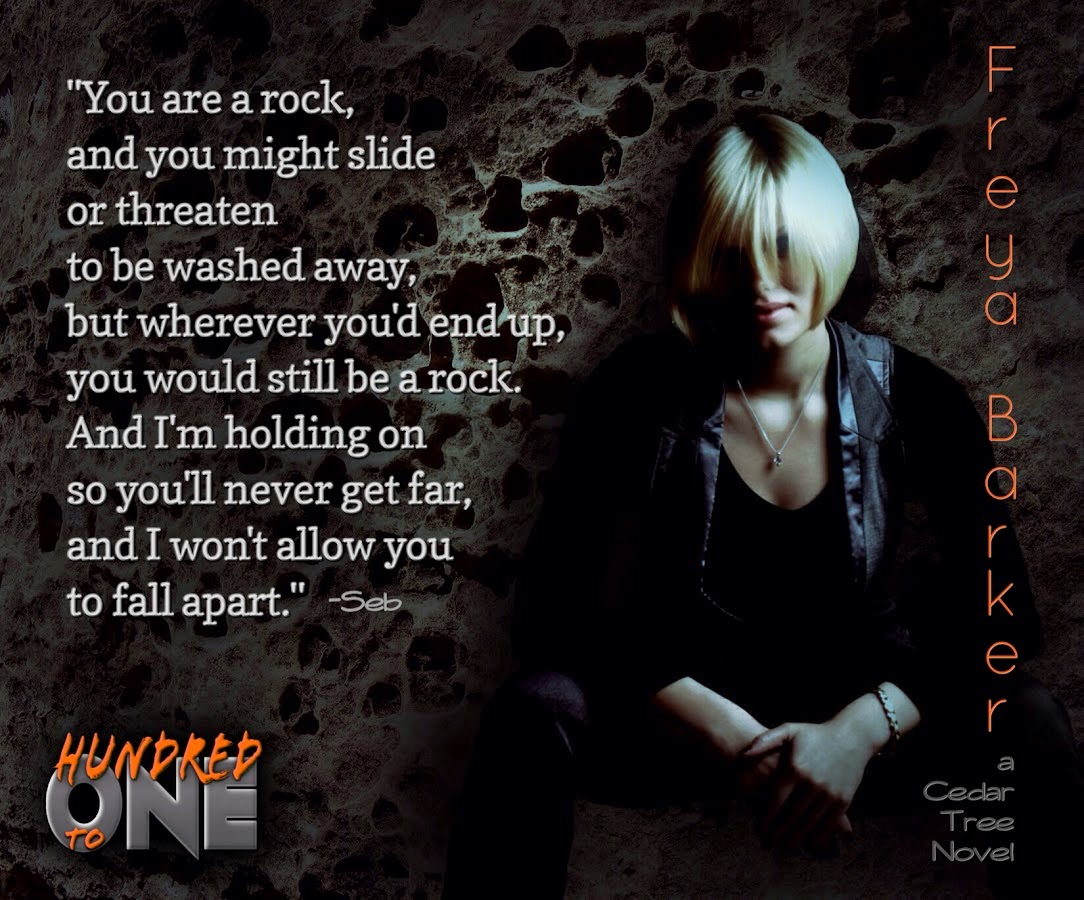 Freya Barker has always been creative. Involved in music and dance when she was younger, she followed it up with cake design, quilting, and has most recently added cover design, the Dutch-born Canadian mother of two now has found her voice - writing.
Freya Barker is the pen name for a well-respected reviewer/blogger, who has a strong following on her blog, Facebook and Goodreads. As an avid reader, the next step to pen a book of her own seemed natural.
Driven to make her story about 'real' people, Freya writes about people who are perhaps less than perfect, but just as deserving of romance, hot monkey sex and some thrills and chills in their lives!
Author Links:
Facebook | Twitter | Amazon | Goodreads | email

Posted by Making it Happen at 6:49 AM