Guest Post: IT'S GOOD TO BE BACK! by K.C. Wells

It’s good to be back!
Let me get the bad stuff out of the way first.
2018 was not a good year for me, and it bled into the start of 2019 too.
Early in 2018, a friend died. Richard worked at the café where I go to write on the Isle of Wight. Totally out of the blue, and it hit me harder than I would have thought. I found it difficult to write, and this went on until May. The weird thing? I didn’t know it was grief that was preventing me from writing.
Anyhow, I got back into the writing, and things were back to normal. Obviously I wasn’t putting out many books, so when an idea came to me for Truth & Betrayal, a story set in Tennessee, and it wouldn’t leave me alone… I went with it. 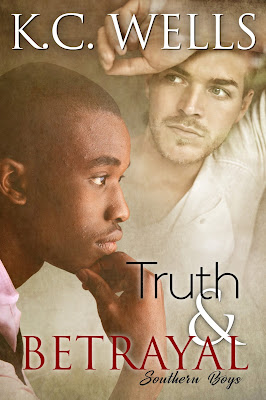 Yeah. A mixed reception for that one. Which didn’t help.
My Christmas story, The Law of Miracles, was a tale of two mature men. This was when I discovered that having two mature guys on a book cover was not necessarily a good thing. They weren’t pretty young things with six packs and muscles. BUT I got a lot of messages from gay men, telling me how refreshing it was to read a book about men their age, finding love. That really helped. 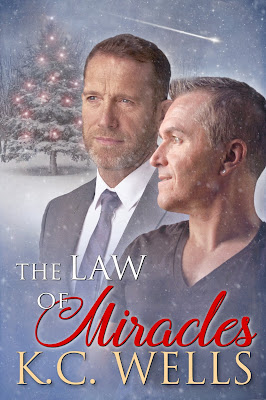 But in November 2018, my dad’s health took a downward turn. On November 26, half an hour before I was due to start a two day celebration of being a published author for six years, my stepmum messaged me to tell me Dad was in hospital.
My mind was NOT on the event.
We knew he didn’t have much longer, because he was so ill. And I also knew he didn’t want to go on like that. But when it was decided to move him out of the hospital and get him home for Christmas, Dad was happy. We thought we’d have until January before we lost him.
He didn’t even make it through the front door. He died in the ambulance bringing him home.
The Hubby was my rock through December. Then as we got into January, he got his own bad news. His dad was in hospital too. At the end of the month, he left to go up north and spend time with his dad. Early in February, we lost him too, someone I’d known for thirty-five years. And it was my turn to be a rock.
Losing two special people in such a short space of time was…. Yeah, you can guess.
I made it to ShiMMer in late February, the weekend before the funeral actually, and everyone was fantastic. They knew what was going on.
It wasn’t until March that I started writing again, and it took me until the end of April to finish the book. That book was Pride & Protection, and it released in late June. 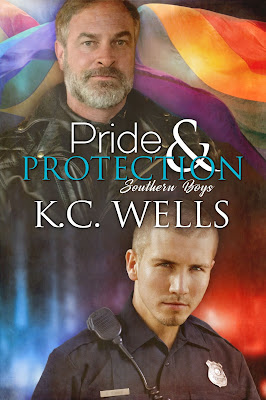 Now, I need to explain something.
I’d spent months not writing, but watching all the new releases exploding over my feed. So many books came out, and every time, I worried. I know this will sound weird and illogical, but my greatest fear was that I’d lost my readers, since I hadn’t released a story since late November. My Dreamspinner books came out, books I’d written the previous year, and they didn’t do so well, which only added to my fears.
I delayed the release of Pride & Protection until John Solo had finished narrating it, then it was full speed ahead. My plan was to release it wide, then go to KU. And God, was I nervous.
Which brings me to the present day. Because I am astounded, awed and grateful.
Pride & Protection released June 19. It briefly hit #25 in gay fiction, then dropped to the late thirties and forties. I was very happy. It had been a while since I’d had a book in the top fifty.
Then this weekend something happened. Suddenly it was in the twenties. I have no idea what prompted the sudden wave of sales. I’d made it available on Amazon, B&N, Apple, Kobo and Smashwords. I’d told readers that as of today, it would be on KU.
Last night it climbed to #20 and #22 in gay fiction and gay romance, and I was ecstatic. Like I said, it had been a while. Then Piper Scott left a comment for me, pointing out that it had hit #16 and #20. This was just before I went to sleep. I was flabbergasted. I knew how many books there were in the top 100 that were not on KU. Like…. zero, most of the time.
Before I went to sleep, I enrolled it on KU.
Right now? It’s at #3 and #5, and I am doing cartwheels around my hotel room in Amsterdam.
This has given me such a boost. I have books lined up, waiting to be written, and readers demanding when they’ll be released. I met readers this weekend at Euro Pride Con who was so excited to hear what I was writing next. And I’m finally back in the groove.
Which feels AMAZING.


So thank you for reading this to the end. I had to tell someone why this release is so important to me, and that turned out to be you.

Check out Truth & Betrayal, The Law of Miracles, & Pride & Protection at the links below:

About the Author
K.C. Wells started writing in 2012, although the idea of writing a novel had been in her head since she was a child. But after reading that first gay romance in 2009, she was hooked.
She now writes full time, and the line of men in her head, clamouring to tell their story, is getting longer and longer. If the frequent visits by plot bunnies are anything to go by, that’s not about to change anytime soon.

Thank you so much K.C. for stopping by today!