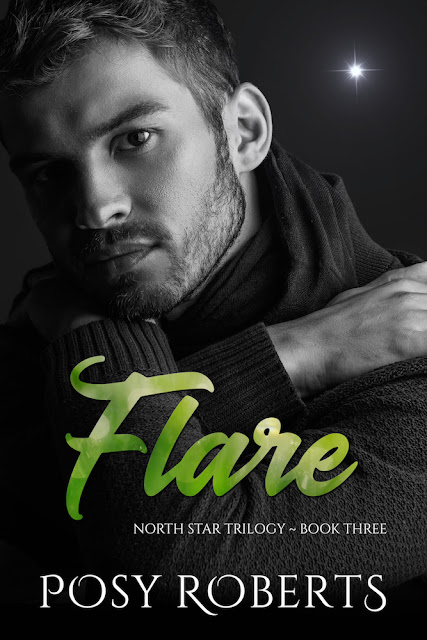 After tremendous loss, Hugo and Kevin seek stability for themselves and the kids. They never expected family and friends to toss obstacles in the way of their happily ever after.

Love and family to fight for.

Hugo and Kevin strive to put their lives back together after tragedy, doing everything in their power to create a stable life. Hugo’s acting career is back on track, and Kevin hires a nanny to help with the kids as they discover their new normal. But when Erin’s parents seek full custody of Brooke and Finn, that stability is shattered.

With Hugo working in LA or New York, the distance from his new family gets to him. At home, the nanny’s hands-on approach leaves Hugo feeling pushed out, so he leaves his beloved apartment and eclectic neighborhood behind to move in with Kevin.

Hugo has a hard time fitting in with the suburbanites with Kevin’s passive-aggressive “friends” making Hugo feel anything but welcome. As the custody case heads to mediation, Brooke is bullied about having two dads, and Hugo realizes his mere presence might be doing more harm than good.

Hugo must decide to stay and fight for his family or leave and let them live in peace.

A sharp knock followed by the doorbell clanging woke Kevin and Hugo. They yanked on last night’s discarded clothes and headed downstairs, Lulu trailing behind, her tail wagging a mile a minute.

When Kevin opened the door, a man he didn’t recognize gave him a nod. “Are you Kevin Magnus?”

Hugo struggled to scoop Lulu into his arms; she was desperate to meet this stranger.

The man handed Kevin a manila envelope. “You’ve been served.”

“What the hell?” Hugo asked as he shut the door.

“I don’t know. Let’s see.” Kevin opened the envelope and pulled out papers. “Notice of Motion and Motion for Change of Custody,” he read, not believing his eyes. He flipped through the pages, scanning to see what this was really about.

I have been addicted to Hugo and Kevin since they first came back together in Spark, and I’ve been a tireless cheerleaders for them ever since.  They’ve been through a lot so far, one crazy emotional rollercoaster, and you know from the synopsis that the up and down ride is not nearly done.  There’s plenty going on in this final installment of the trilogy…almost too much actually…but Hugo and Kevin’s love for each other is something that consistently shines through no matter what is thrown at them.

From the synopsis, I was expecting Erin’s parents to be the main antagonists here—and for a little while, they were.  I already was no fan of theirs after finishing Fusion, but here I went from dislike to being outright livid.  If the author was looking to provoke a reaction with this part of the story, she sure as heck succeeded.  But what I wasn’t expecting was how easily things would be resolved much earlier than I’d expected (relatively speaking compared to the length of time over which the story takes place).  It was almost anti-climactic for me after the buildup early on.  Even so, Erin’s mother still has more to express, which just led me to get ticked off with her all over again.

It’s not just Hugo and Kevin with issues, but Kevin’s daughter Brooke also has some of her own.  After being livid with Erin’s parents (her mother in particular), the situation with Brooke moved me to downright incensed.  But Brooke shows amazing strength of character—especially for someone her age, and just as Hugo and Kevin have grown through this series, Brooke’s character goes through her own growth as well.

Hugo and Kevin are just as hot together now as they were when they first met back up again in book one.  This time around, they’re trying some new things…just in case you didn’t think they were sizzling enough when they were together before ;-)

There’s also added angst with Hugo trying to fit in with their neighborhood friends.  His uptown, open-minded, diverse personality clashes with their suburbanite attitudes to add just one more thing to the rest of the drama in the story.  And for some extra turmoil, there’s things going on with Hugo’s best friend Summer too that add to Hugo and Kevin’s already overfull plate.

There really is quite a bit going on, and there are points during the story when I actually felt unsure of where things might head with Hugo and Kevin’s relationship.  Everything did feel somewhat drawn out, taking a while to resolve all the issues going on, so a few times my attention did start to wander.  But the ending is a solid one, and left me with an overall happy feeling about the series.  Flare was a 4-star read for me, even when I was slogging through certain parts when things felt the most drawn out.  This series needs to be read in order to understand everything that is going on, but you’ll find that Hugo and Kevin are easy to fall for once you start.  This book is meant for readers 18+ for adult language and sexual content.

Posy Roberts started reading romance when she was young, sneaking peeks at adult books long before she should’ve. Textbooks eventually replaced the novels, and for years she existed without reading for fun. When she finally picked up a romance two decades later, it was like slipping on a soft hoodie . . . that didn’t quite fit like it used to. She wanted something more.

Her stories have been USA Today’s Happily Ever After Must-Reads and Rainbow Award finalists. When she’s not writing, she’s spending time with her family and friends and doing anything possible to get out of grocery shopping and cooking.