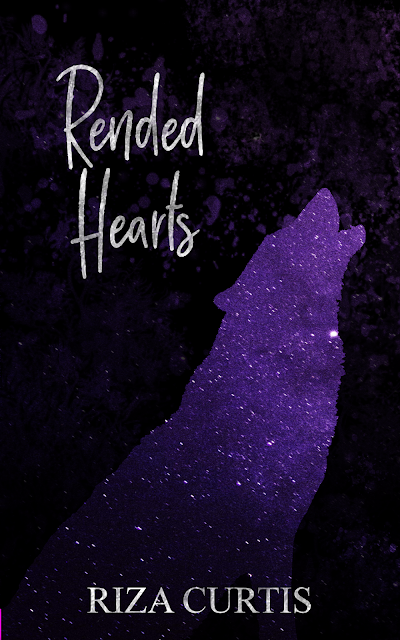 After a life on the run, witch Gabriel just wants to enjoy having a home. He's perfectly happy pottering around his garden and using magic to quietly help people. Then the Alpha of the local wolf pack is attacked by a member of the local coven, and everything changes. There's no love lost between the witch and the wolves, but Gabriel saves the life of the Alpha in an attempt to keep the peace.

Simon finds his mate in the witch that saves his life, but the coven is coming for Gabriel, and they don't care who gets in their way... 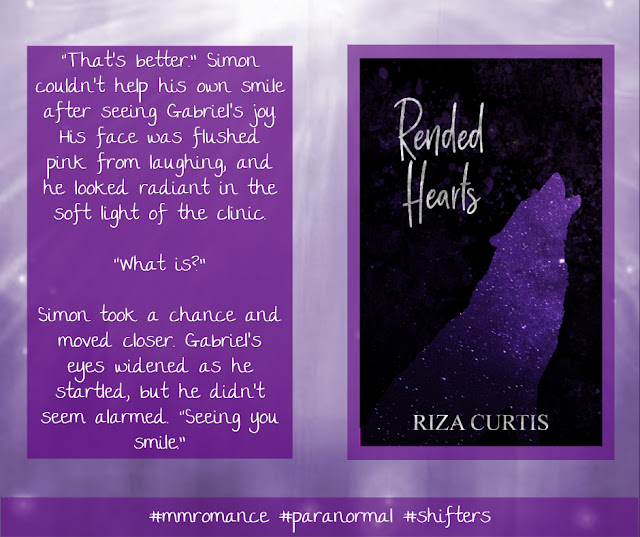 
“That’s better.” Simon couldn’t help his own smile after seeing Gabriel’s joy. His face was flushed pink from laughing, and he looked radiant in the soft light of the clinic.

Simon took a chance and moved closer. Gabriel’s eyes widened as he startled, but he didn’t seem alarmed. “Seeing you smile.”

Gabriel flushed a deeper red, a hint of confusion displayed on his face.

Simon took another step closer so that he was face-to-face with a flustered Gabriel. He brought his hand up to gently touch the side of the Gabriel’s face. His skin was softer than Simon had thought possible.

“Are you—” Gabriel broke off the sentence and moved back. Simon dropped his hand immediately. He didn’t want to make Gabriel uncomfortable.

“Forgive me if I’m wrong, but you’re flirting with me? Why?”

Simon chuckled. Gabriel was adorable. “Because I like you.”

Gabriel frowned before glancing away. He didn’t seem satisfied with the answer.

“But wolves have mates,” he interjected.

Simon’s eyes widened momentarily. He hadn’t thought Gabriel would know about mates, but maybe this would be a good thing—maybe Gabriel would be more receptive, more understanding about the situation.

“Why do you think I am flirting with you?” Simon asked, dropping his voice to no louder than a whisper, soft and alluring.

Gabriel inhaled sharply, and his eyes widened. “Surely not?”

Simon didn’t know if that was positive or negative, but he couldn’t take it back now. He nodded, moving closer and crowding Gabriel against the wall.

Paranormal romance is my favorite genre, and having the potential couple as a witch and a wolf shifter adds that extra intrigue that immediately catches my attention.  Rended Hearts, while a great concept, felt a bit unfinished to me—like more of the book needed to be fleshed out and given additional depth in order to get the full story.

Simon, as the alpha of the wolf pack, fell a bit short in my expectations for that role.  He didn’t really exude the leadership personality, and while he supported his pack he didn’t seem to have a high opinion of many of the members.  Gabriel felt a bit aloof, willing to help the people of his town but not really an active participant—but this can be attributed to the fact that he’s trying to keep a low profile from the coven members.  Where Simon seems to be wholly accepting of Gabriel being his mate, Gabriel’s attitude was more “okay, sure” and it did not feel like he was committed to Simon.  I didn’t feel like the chemistry that I would expect with these two being mates was there, even when Gabriel was instinctually responding to Simon being in trouble later on in the book.

There’s drama in the form of the coven that is after Gabriel, and some romantic scenes with Simon and Gabriel that become physical without overly explicit descriptions to detract from the main conflict of the story—the coven coming for Gabriel.

Rended Hearts is a fairly quick read (it took me just a few hours cover to cover), and though the physical intimacy is relatively light it’s still enough along with the rest of the story contents for this book to be meant for readers 18+.

Riza began writing stories at a young age to the a̶n̶n̶o̶y̶a̶n̶c̶e̶ delight of anyone she could b̶u̶l̶l̶y̶ persuade to read them. Now somewhat older, if not wiser, things haven't really changed.

Riza lives in England where they enjoy adding extra letters to words, tea, and discussing the weather (it's always raining). She has a FdSci in Manufacturing Engineering and is currently working towards her BEng. When she's not writing, studying or doing her day job, Riza is obsessed with target archery and enjoys shooting barebow.