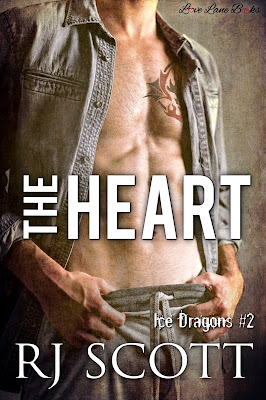 
The team captain and the rookie firefighter never meant to fall in love; but they'll fight tooth and nail to protect what they have.

Alex Simard, captain of the Ice Dragons hockey team, didn't intend on rescuing a baby from a burning car. Doing what anyone else would've done doesn't make him a hero. Add the press hounding him, to on-ice injury, warring Russians, and the season from hell, and he's losing focus. Getting his team to the Stanley Cup is his priority; falling in love isn't even a footnote on his to-do list.

Jo Glievens, rookie firefighter, never meant to fall in love with a hockey player. Her career is everything to her and right now she doesn't want to add a man to her life. She has a plan and is sticking to it. But someone is out there planting bombs, destroying lives, and she has to make choices when this criminal's actions hit way too close to home.

Jo walked in on a team meeting.
Not her team; not the big burly firefighters that formed her life and mostly sat around looking all kinds of badass whenever they had a meeting.

Nope, it was the key members of the Ice Dragons hockey team that had congregated in her friend Kat’s living room. Of course, it was also Ryan’s living room given Kat and Ryan were recently engaged, and it was their new house. Hence why Ryan would be there.

“It’s a team meeting then?”

“Less meeting, more smack-down and telling Alex like it is. Poor guy can’t stay at his own place because of all the media attention, so he’s staying here, but he’s pissed and probably scared of being off-ice for far too long.”

“It’s fine,” she said, although she wasn’t exactly concentrating on what Kat said, so had missed most of it.

And all because, from there she could see the center of attention, one Alexandre Simard, or Simba as his teammates liked to call him. She only knew that Simba was his nickname because he’d done those ridiculous car sales ads for a local Toyota dealership a couple years back. They’d made this whole thing about his blond hair, and his name, likening him to a lion based on his hockey nickname.

She’d seen the ads so many times she could almost recite them from memory; too much down time at the firehouse between calls.

Of course, his face had been fixed firmly in her mind after she and Mitch had been the ones who dragged his trapped and heavy ass out of that car, the flames burning through his jacket and the jersey beneath. He’d been the one who looked up at her and asked, not about himself, but about the baby.
The damned man had crawled back into the burning car for the dad. He could have died. Jo had been furious at his actions; the last thing professionals needed were civilians getting involved, but when the action of the call had faded she’d thought past the rookie checklist for civilian interaction on scenes. Instead, she’d gone from seeing him as a man who’d helped to sell cars, played a game for a living, to a man who risked his own life for a child and father.

With no thought for his own safety.

He was pretty much a local hero if you listened to the news, a tall, gorgeous, blond-haired, blue-eyed hero. Could the guy be any more of a cliché? And why did he have to look so sexy and handsome, even when he was angry?

“They’re all mad,” Lieutenant Dennison had said when they were working on getting the car clear. “Hockey players, all mad,” he elaborated when she’d stared at him not really understanding at first.

Seems like they weren’t just mad for putting themselves in danger, but they were mad-angry as well. So, it wasn’t so much a meeting she’d been warned was happening at the same time as her study session, as much as a heated debate.
There was some language she didn’t understand, although it was deep and guttural and likely Russian, and then one hell of a lot of cursing. She caught some of it, a shouting match over ice time and why couldn’t their f*cking captain understand the concept of f*cking rest.

She didn’t watch hockey that much, sometimes caught highlights on shift down time, but being the probie at the firehouse kept her busy. That would all be ending soon when she passed probation and her exams, but for now, it sucked. She kind of wanted to watch hockey, the way that her fellow officers and the paramedics talked about it, the game was fast and changed on a dime. Burlington had an expansion team, or so she’d read in the paper that morning. In fact, she’d learned a lot about hockey the past few days. Ever since the accident actually, because the articles on it were everywhere.
To be fair, every article she’d read about the Dragons’ captain and him risking his life had begun with the words Alexandre ‘Simba’ Simard, Captain of The Dragons, the NHL’s newest expansion team…she’d looked it up, knew what expansion meant, that it was a new team, only five or so years old, and that this year they’d started strong before setbacks had them trailing in the rankings.

Not to mention they’d lost their captain for at least four weeks. Maybe six. One writer pointed out the team didn’t have the chance to label it as a generic upper body injury, meaning other teams wouldn’t know the captain’s vulnerabilities. Nope, there were pictures and news reports of burns and a fractured radius.

According to news reports, the team losing their captain was vital, and Jo could understand that. Captains were key pieces in their teams, the leader, the one that everyone looked up to. He was also a real American hero, or at least that is what the news was painting him as. Without thought for his own safety, he’d rescued a father and baby from their car only seconds before the fire spread.

She glanced into the main seating area, the one with the views out over Burlington, in the beautiful place that Kat and her fiancé had bought. They’d only just moved in, but this was the third time Jo had visited. The view included shouting, sexy, angry hockey players; men who were clearly pissed at something.

“You’re not coming back early,” one strong, steady voice said, and Jo recognized Ryan, Kat’s other half, as the owner of the voice.

“F*ck you, Flynn,” the captain snapped.

“This is not up for discussion, you hard headed idiot,” Ryan shouted louder. Seemed it was that kind of meeting where each person shouted louder than the last just to be heard.
She counted it as a win that they hadn't spotted her; there was something compelling about being able to see them in person. Kat was watching with amusement on her face. Of course, her fiancé was one of them, and she probably knew more about the whole thing than Jo ever would.

One thing I really like about this series so far is the characters-they are quite well written, and I love that here in The Heart that Jo is such a strong female lead.  She's independent and driven, and a true team player...not to mention a tough woman in a field dominated by alpha males.

To complement her, Alex is an alpha male in his own field as captain of his professional hockey team, but he's also one of the good guys when it comes to women (after he sowed his wild oats many years ago).  They do make a good match when you consider the two of them together, though for me I didn't quite feel a solid connection between them.  Though they do develop a relationship through alternative ways of communication thanks to their conflicting schedules, they don't actually have a lot of in-person time together...at least not enough for me to feel like their emotional connection could progress as rapidly as it did.

We did get to see more of the team dynamics, and for me, I was intrigued by the interesting development between Gooly and the team's newest acquisition-it led to some great drama that has my interest well piqued for his story in the next book.  Speaking of drama, there's plenty to be found with someone out there bombing things...

The Heart was, for me, more about the suspense and what's going on with the team then it was about Jo and Alex even if it was their story.  There's still plenty to make this one for readers 18+ with adult language and sexual content; this story is also a good setup for whatever comes next in the series. 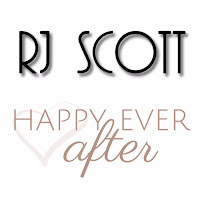