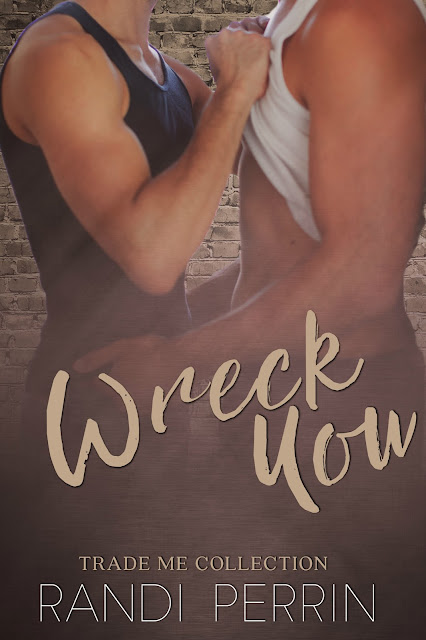 Mechanic for Hard and Fast, Mike Davis has an intense crush on the parts delivery driver, Blake. For the sake of the business, he keeps his distance, not acting on his wanton desires. What Mike doesn’t realize is Blake is crushing equally as hard on him.

Just as love and life appear to take shape for Mike, his old demons take hold and drag him under, leaving him spiraling out of control.

Will Blake push Mike further into the abyss or will he be the one to finally pull him free? 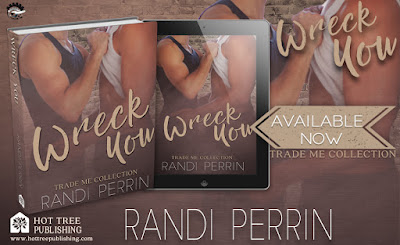 BARNES AND NOBLE / KOBO / iBOOKS / ARe 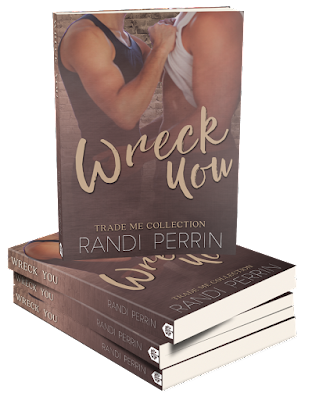 Wreck You was one of those books that has a good storyline and plenty of potential, but that would benefit from being a longer story to really delve into the main characters' relationship to do it justice.  This is especially true given the fact that they both have wanted each other for two years, which is one hell of a buildup.

Both Blake and Mike want each other, but neither has made any kind of move to let the other know-each with their own reasons for not acting on their desires.  When they both finally give in, it results in a difficult situation with emotional impact for both of them...though the fallout for Mike is especially dramatic.

For me, I had a hard time feeling the connection between Blake and Mike.  We are told how each feels about the other, but I honestly didn't feel it, and I think that is due to the shorter length of this story.  I was also troubled by the quick spiral that Mike was thrown into, particularly so by the point he reaches with one of the secondary characters, Connor, before Blake intervenes.  The extreme behavior at that point seemed sudden to me considering the progress he had made thanks to his best friend and boss.  I know that sounds a bit vague, but expanding on Mike's situation would spoil things for you.

Overall, the story is a good read and gets 3.5 stars from me.  It's intended for readers 18+ for adult language and M/M sexual content, and readers should be advised of scenes of alcohol use and potential illegal drug use.

Randi has spent her entire life writing in one form or another. In fact, if she wasn't writing, she'd likely go completely and utterly insane. Her husband has learned to recognize when the voices are talking in her head and she needs some quality time with an empty Word file (the key to a successful marriage with a writer).

She lives with her husband, daughter, and four-legged children—all of which think they are people too.

A pop-culture junkie, she has been known to have entire conversations in movie quotes and/or song lyrics. 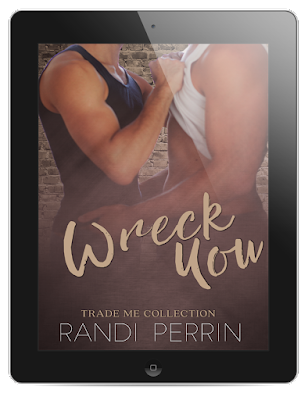