Honor, integrity, and loyalty are how Deputy US Marshal Kreed Sinacola lives his life. A former SEAL now employed by the Special Operations Group of the US Marshal Service, Kreed spent most of his life working covert operations and avoiding relationships. Never one to mix business with pleasure, his boundaries blur and his convictions are put to the test when he finally comes face-to-face with the hot computer geek he’s been partnered with. Hell-bent on closing the ongoing case for his longtime friend, he pushes past his own limits and uncovers more than he expects.

Aaron Stuart strives for one thing: justice. Young and full of idealism, his highly sought after computer skills land him a position with the National Security Agency. Aaron’s biggest hazard at his job is cramped fingers, but all that changes when he is drawn into the middle of a dangerous federal investigation. Aaron gets more than he bargained for when the FBI partners him with a handsome and tempting deputy US marshal. His attraction to the inked up, dark-haired man provides another kind of threat altogether. Aaron tries desperately to place a firewall around his heart and fight his developing feelings, knowing one misstep on his part could ultimately destroy him.

The solution isn’t as easy as solving the case, which is treacherous enough as it is. But the growing sexual attraction between them threatens to derail more than just Kreed’s personal convictions as he quickly learns temptation and matters of the heart rarely fit easily into the rules he’s lived by. Will Kreed be able to convince Aaron to open his heart and face the fact that sometimes the answers aren’t always hidden in code? 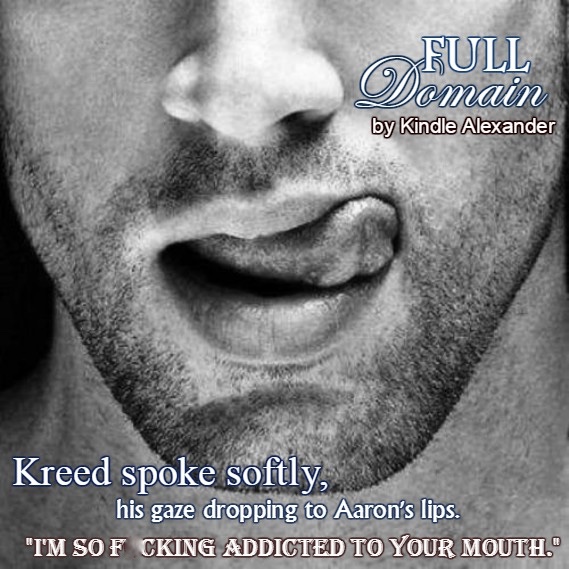 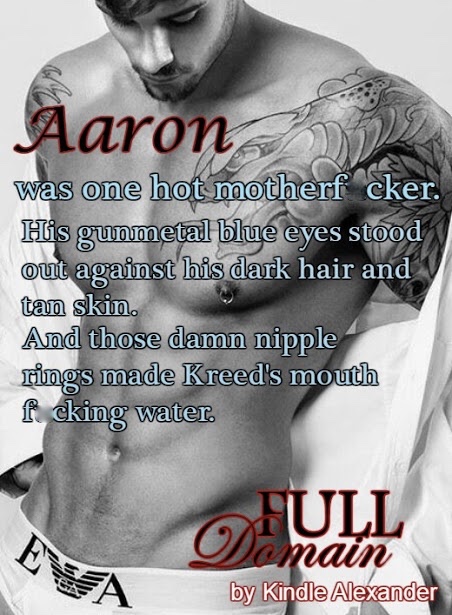 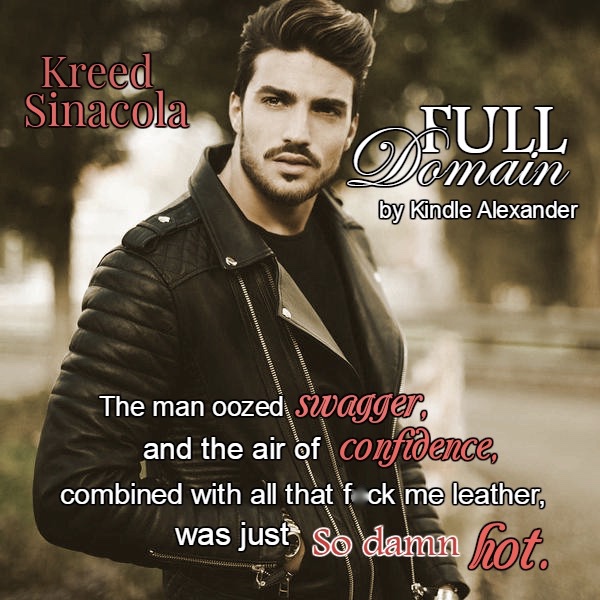 Full Domain by Kindle Alexander from Becca the Bibliophile on Vimeo.

Ever since we got our first glimpse of Kreed in Full Disclosure, and especially after the way Aaron point-blank shot him down later in that book, I've been not-so-patiently waiting for his story.  The wait?  So worth it.  #SinIsBack for damn sure.

One of the things this series is known for is the suspense and acute attention to the detail of the criminal portion of the stories, while still giving you all the intense, pulse-pounding relationship parts, and making it all work together for an overall blockbuster read.  Full Domain is no exception to this, and also brings with it two main characters with some extra secrets...you know, just in case we needed some more suspense and tension.

When it comes to the sexual tension, you'll find there's a ton...and when it finally comes to a head...hoo-boy, have your fans and ice prepared (or maybe just an extra set of batteries).  And let me just interject here that Aaron using Kreed's nickname of "Sin" during...yeah, that's hot.

Kreed is definitely sin personified, and with his past in the military that still haunts him along with his already strong alpha male demeanor, he is simply irresistible.  But don't let all that fool you...he's got a bit of a luxurious side too (when it comes to his body...).  Aaron is really the one hiding secrets-ones that can be real game-changers.  I love his quirkiness and individuality.  He and Kreed fit really well together.

We also get to see Jace and Colt as well as Mitch and Cody from the first two books.  Since I can't get enough of any of these guys, getting more of them here in Full Domain is a treat, especially since it's not just some short cameos, but as full supporting characters.  Oh Mitch, you are my absolute favorite of this whole series-even when you aren't a lead character.

With rock solid writing, another fantastic plot that pulls everything from the series together, and some interesting things that happen at the end that will give all of us more than a little hope of seeing more of all of the Nice Guys in the futures, Full Domain is the full package, and is an excellent finish to this stunning series.  The entire series is a top recommendation for me, and Full Domain is another fantastic 5-star read.

Recommended to 18+ only due to adult language and explicit M/M sexual content (oh my...yes).  If you are a fan of M/M romance with action and suspense, this entire series is a must read!

“You’re so f*cking sexy with those f*ck-me-I’m-so-smart glasses on and that intense look on your face.”
Aaron glanced up and narrowed his eyes as he shoved the glasses off to the top of his head and stretched out his back. There was just something about the big, gorgeous deputy marshal growling those words at him that made his d*ck want to come out and play. A tired yawn from hours of sitting behind his laptop slipped free as he rubbed his eyes.
“And those noises you make are a complete turn-on.”

“I have a feeling it doesn’t take much to turn you on. A slight gust of wind would probably have you at full mast,” Aaron teased, lowering the lid to his laptop. 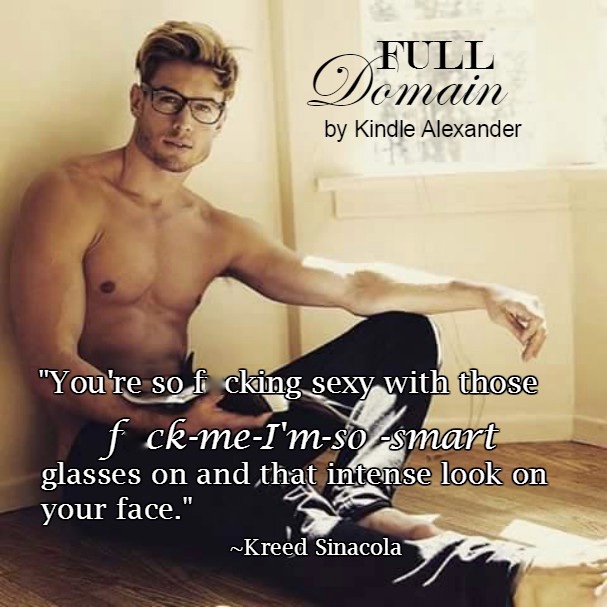