New Release-Review & Excerpt: THE WINGMAN by A. Poland - Includes Giveaway!

It is a standalone story and does not end on a cliffhanger. 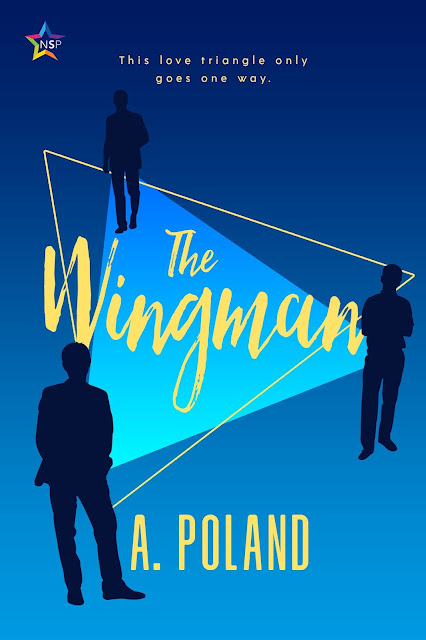 Always the wingman, never the “one”.

Nathan, a college student with a thing for funky hats and a definite not-thing for the great outdoors, has been a wingman extraordinaire for his lifelong best friend Lorcan for as long as either can remember. With his innate ability to talk endlessly about how great Lorcan is to anyone who’ll listen, Nathan has always been the best man for the job—even if he’s secretly waiting for the day when Lorcan will realize that Nathan is the only guy for him.

But then, Lorcan sets his sights on Miles, the suave, leather-jacket-wearing musician with a love of mountaineering and a family of six overprotective sisters, and Nathan must once again put his wingman skills to work.

Trouble is, Nathan is getting tired of the old routine, and Miles is the only human being on the planet immune to Lorcan’s charm. Not to mention that Miles’s interest is immediately piqued by the outspoken and completely oblivious wingman. 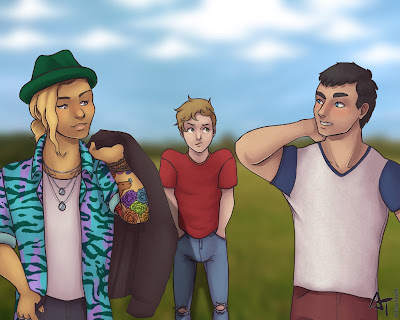 “My help?” he parroted, not quite getting what Lorcan was suggesting. It wasn’t as though he could go up to this Miles guy and talk his ear off about Lorcan to encourage him to make the first move. They’d already met; they’d spoken. If Miles was interested, he’d make a move.

If Miles was interested, why hadn’t he already made a move?

“Yeah, I need you to do your thing.” Lorcan nodded, looking at Nathan expectantly, as though that would make Nathan whip out a ready-made action plan on how to get into Miles’s pants.

“Dude, I do that so you can talk to them without doing the awkward introductions yourself.” Nathan spoke slowly, as though explaining how to draw a straight line to a child. “You’ve already covered that.”

“Well, then think of this as a part two,” Lorcan allowed with a huff, probably because Nathan was making very valid points. “I don’t know if he’s even into guys.”

Nathan frowned thoughtfully. Normally, it was easy to tell if someone was into Lorcan. Or at least to Nathan. He liked to think his dad’s perceptiveness had been inherited—to a lesser extent, of course, because Nathan was good, but he wasn’t that good—enough that he made a great wingman to other people, not just Lorcan. Hell, a few of the people in their friend group had asked for his help before.

It wasn’t as easy, sure. But Nathan had a pretty high success rate. A few of them in happy, long-term relationships to boot.

Maybe he should have business cards made.

Nathan Reed—will get you laid.

Nathan shook off that thought as quickly as it had come because that made him sound like a matchmaker, and he was decidedly not experienced enough to consider that as a career path.

“So you…what? Want me to meet him and suss out if he’s interested?” Nathan tried talking slowly, one brow apprehensively raised.

Nathan huffed out a laugh, rolling his eyes at Lorcan’s enthusiasm about Nathan’s apparent “magic.” It wasn’t magic; it was just knowing how to talk to people. Specifically, talking to people about Lorcan. Who, in Nathan’s opinion, was the easiest thing in the world to talk about.

Sometimes, on very good nights, Nathan didn’t have to do as much. Sometimes, the woman would know exactly why he was approaching and just cut to the chase. He always appreciated those; they made his life a lot easier.

“Okay, I’ll do you this one favor.” Nathan sighed, clearly teasing. There were no favors between them. No one kept tabs over who owed the other what. “Now drive me somewhere to get food. I’m starving.”

Lorcan laughed, his mood clearly elevated from earlier. Even that was enough to settle Nathan a bit more. Sure, his brain might still be working overtime on limited sleep, but Lorcan’s coming-out experience had been painless for him, and that was something at least.

“Your wish is my command,” he quipped back, starting up the car and taking them to their usual haunt.

There was nothing better than getting food with Lorcan.

Lorcan was a picky eater, while Nathan happily consumed anything deemed edible. Which meant Nathan tended to get extra of whatever Lorcan didn’t like, and no food was wasted.

But this time, the experience was different.

Nathan hadn’t been worried about any uncomfortable silences or lapses in conversation after being away for so long, and he’d been right not to.

But he never thought to be worried about Lorcan never shutting up.

In the last half an hour, Nathan learned more about the guy than he ever wished to. His gut twisted with each and every new fun fact presented to him, his shoulders drawn tighter and smile more strained.

So far, Nathan learned the following:

Miles was a musician.

A lot of people were musicians, especially in LA; it wasn’t a big deal. In fact, Nathan had taken piano lessons for an entire week and could still successfully play “Twinkle Twinkle.”

Miles was a graduate from Juilliard.

Nathan might have asked Lorcan to repeat himself because there was no way he’d said Juilliard.

But he had. And that was fine. Juilliard was a college just like any other. Saint Andrews was nothing to scoff at either.

It made sense. Probably adopted into a wealthy family with plenty of connections, considering the Juilliard thing (f*cking Juilliard).

Lorcan spent a great deal of time talking about the color of Miles’s eyes. (There were only so many ways to describe stormy gray with flecks of brown, Nathan groused, please move on.) Anyway, Nathan had been told that he had unique eyes. Granted, they’d been compared to a swamp before. But still. Swamps had a bad rap—they had frogs.

But no, Lorcan clearly had a thing for smoke-colored eyes now, not gunky-green.

The Wingman is a low-to-medium angst light romance with a touch of humor.  It’s told strictly from Nathan’s point of view, so we don’t really get any insight into Miles’ or Lorcan’s thoughts which for me made it a bit harder to really get into the story.  Contributing to that is Nathan’s tunnel vision when it comes to Lorcan, which means it takes a while before he realizes Lorcan is not the one Miles is interested in.

While clueless at times and also somewhat of a klutz (I can relate), Nathan is still a loyal friend…but that doesn’t quite extend to him truly playing the wingman role for Lorcan with Miles—or at least trying to make sure Lorcan doesn’t realize Nathan’s purposefully tanking his role.  Lorcan did come across as kind of selfish to me, and while he was an okay character I didn’t find myself on his side at all.

Of the three, Miles definitely stood out as a wonderful guy.  Kind, sincere, friendly, talented, thoughtful, and with an amazing family, all of whom are incredibly supportive and protective of him.  The poor guy winds up stuck in the middle when things get sticky with Nathan and Lorcan, but rides it out with grace.  When it came to the relationship that developed between him and Nathan, it took a very long time for me to feel like they truly had mutual feelings for each other while the chemistry eventually developed (though honestly it never really felt strong to me).

Overall, The Wingman was a good read and I’m giving it 3.5 stars. 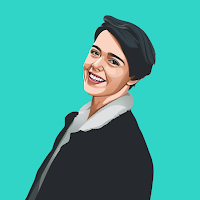 Fuelled by a worrying tea addiction (with a tattoo to prove it), A. Poland is a rom-com writer from Ireland who delights in telling stories that make you fall in love with the characters and give you that squee feeling in your chest.

Three words A. would use to describe her writing are funky, silly, and spicy. Which, coincidentally, is also their dancing style.

When they’re not daydreaming of the next meet-cute, A. works as a video producer and a full-time dog mom to her pride and joy, Gizmo.

one of five ebook copies of The Wingman 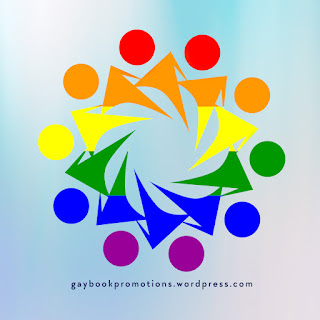 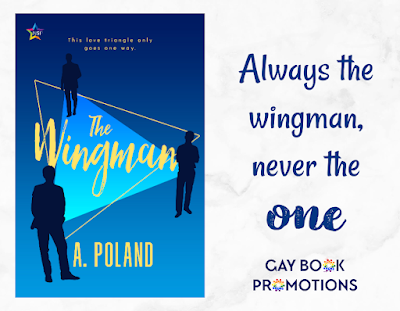