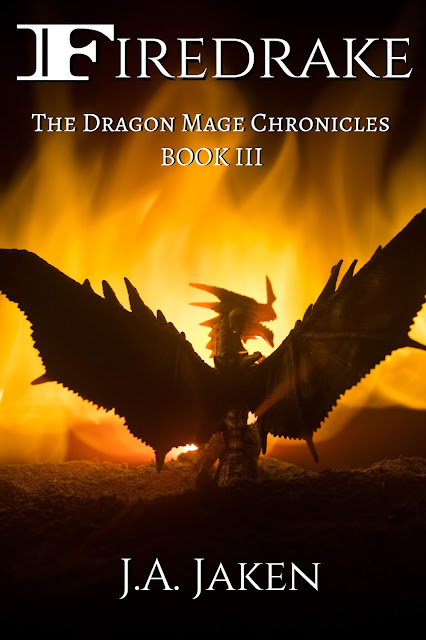 Synopsis
It's a race against time as Andrei and Jander head deep into the volcanic warrens of their country's inner mountains to stop Kirin from completing the dark magic spell that will awaken the power of the dragons. There they find new allies in unlikely places, but also face betrayal in unanticipated forms. Can Jander overcome his fear of the power he still does not entirely understand in order to save himself and the master he has grown to love?

Add Firedrake to your TBR on Goodreads 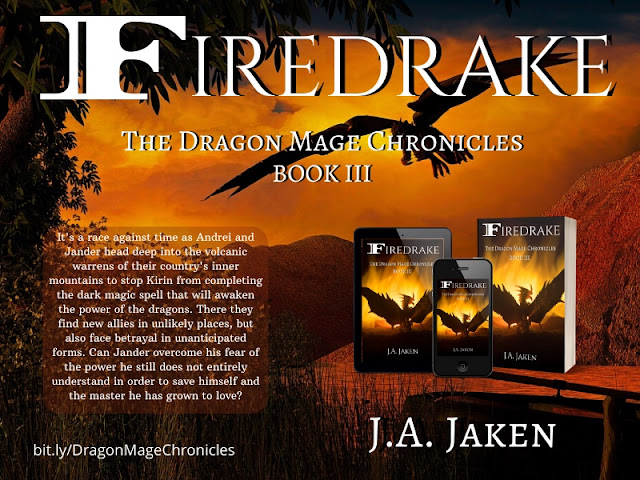 
Things are definitely ramping up here in the third book of this series!  Jander, Andrei, Boaen and Tanith have definitely jumped out of the frying pan and into the fire—literally (sorry, couldn’t resist!).  After the lighter action of Seadrake, Firedrake puts our heroes right in the middle of a ton of tension, shifts the action into a higher gear, and tests everyone on the team to new limits.

Everything is most definitely on edge through this entire story.  After learning so much about the dragons and his own place in the world as a dragon mage, Jander gets a chance to truly test himself when it’s suddenly him making the decisions and directing their path.  He shines here, showing that even as he cares for his friends and Andrei, he is wholly capable of choosing the best course of action for the greater good.

He’s not the only one who stands out.  Boaen also shows his determination and bravery, and even Tanith—as timid and concerned as she is—continues to stay the course even in the face of ever-growing danger.

This book was a lot more edge-of-my-seat than the previous one, and I was fully engaged for the entire read.  I’m also positive my eyes must have lit up like a thousand watt bulb with the introduction of Ty, and his inclusion in the group.  You can feel everything building towards the final showdown in the last book as the author did an excellent job at escalating the tension at every turn.

I can’t wait for the final book of the series to see how everything turns out.  Until then, Firedrake is getting a full 5-star rating from me! 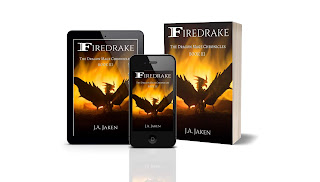 About the Author
J.A. Jaken has been writing fictional stories and novels for more than ten years, most frequently in the fantasy and science fiction genres. She got her start in the profession writing slash fanfiction, where she has published numerous stories under the pen-name Rushlight. Over the years she has written short stories and novels in genres ranging from science fiction/fantasy to gothic horror to modern detective mysteries, most with at least a touch of m/m romance to them. She lives at home in the southwestern U.S. with her college-aged son, a cat, and the family Rottweiler. Outside of writing, her interests include studying foreign languages, practicing martial arts, riding horses, and collecting medieval weaponry. 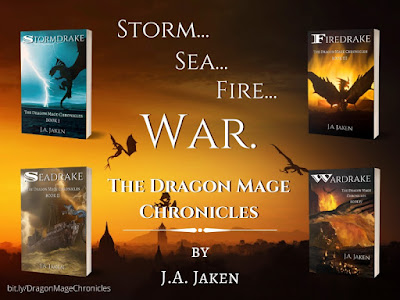