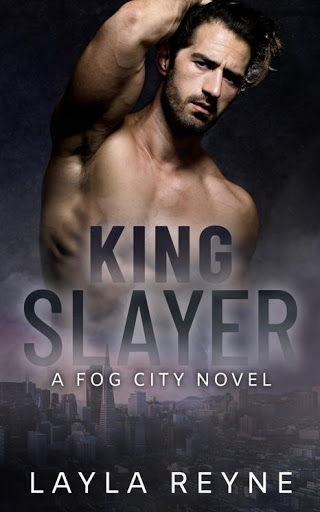 Christopher Perri—a.k.a. Dante Perry—infiltrated the Madigan organization with one goal: vengeance for his murdered partner. Falling for the assassin at the head of the table wasn’t part of the plan, but Hawes Madigan is not the cold, untouchable Prince of Killers Chris expected. Everything about the newly crowned king is hot, and every inch of him eminently touchable… and off-limits once Chris’s cover is blown.

Exposure couldn’t come at a worse time. Hawes’s throne is threatened, and Chris suspects the same person who killed his partner is behind the coup. Working with Hawes benefits them both, but Chris’s employer has other ideas. Dismantling criminal organizations is what Chris does best, and his boss expects the King Slayer to deliver.

But Hawes is taking the Madigans in a new direction, one Chris can get behind, and the two men form a shaky alliance strengthened by the irresistible attraction between them... until Chris learns who killed his partner. Once he knows the truth, the King Slayer is unleashed, and Chris will stop at nothing to destroy those who betrayed him, including the king who stole his heart.

Twists and turns—and cliffhangers—continue in book two of the Fog City Trilogy. Read at your own risk! 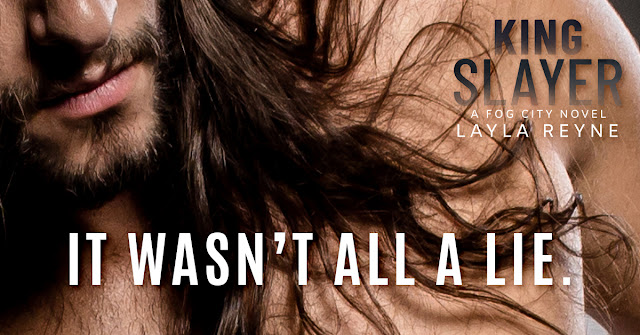 “I needed to show whoever is behind this grab for power that I know the game they’re playing, that I can play it too, and that I’m not afraid to do what it takes to win. That I’ll fight for what’s mine and for the way I do things.” Gone was the ice. His eyes were energized, brimming over with a king’s confidence. And heated, the look in them a magnified version of the fire Chris had seen in them yesterday at the BART station. Right after the takedown, right before the too brief kiss.

Chris lifted a hand, wanting desperately to touch, to wallow for a spell in the desire that was pushing away his anger and in the relief that Hawes was safe. And here with him. But what right did he have? Yes, Hawes had initiated the kiss yesterday, but after all that had transpired between them, after Chris’s betrayal, he didn’t have a right to anything more from Hawes than what he’d given him already. Especially when more was the last thing Chris should be doing. 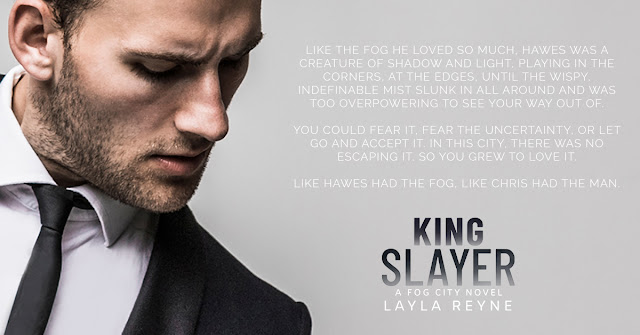 If you were to ask me who the number one M/M romantic suspense author out there today is, my answer would unequivocally be Layla Reyne.  After finishing King Slayer, I’m still breathless from the constant state of being on the edge of my seat while reading.  Bring out all the cliché descriptions—heart-pounding, suspense-filled, action-packed—they all apply here to make this another unputdownable read.  And after all of that?  We’re left with more questions and another cliffhanger that will have me crawling the walls until the final book comes out.

After being left hanging at the end of Prince of Killers (which you absolutely MUST read before starting King Slayer, this is not a standalone!), I was desperate to see where Ms. Reyne would be taking things and wound up devouring this as fast as I could.  Yes, now I’ll be on edge until the last book comes out but boy is this series worth it.

As a reader, we’re aware of much of what Hawes and Chris (AKA Dante) are hiding from each other, which is another way the tension is ramped up in this story.  But beyond that, there is still the suspense of not knowing who is pulling the strings behind the attempted takeover of the Madigan family’s clandestine business.  Just when you think it might be one person, doubt is introduced over and over to keep changing your mind.  Even now after finishing book two I’m still uncertain, though I do have my suspicions…but given how unpredictable things have been so far, I’m not counting anyone out at this point—even someone who may not even been introduced to the series yet, who knows?

What that means is the author is doing a fantastic job of keeping me as a reader on my toes, and undoubtedly hooked for what’s still to come.  Besides the suspense of the case that’s going on, you can add in the intense attraction and chemistry between Hawes and Chris that spills over again and again no matter the excuses they give for it not to happen.  The connection that’s rapidly forming between them despite the secrets they’re each keeping is undeniable, so I’m excited to see how everything shakes out in the end.

If you think I’ve given King Slayer a 5-star rating…well, you’d be 100% correct.  Romantic suspense fans who haven’t started this (or any of this authors other series) yet, you need to be asking yourself just what the heck you’re waiting for.  This book and series is meant for readers 18+ for adult language, sexual content, and some scenes of violence. 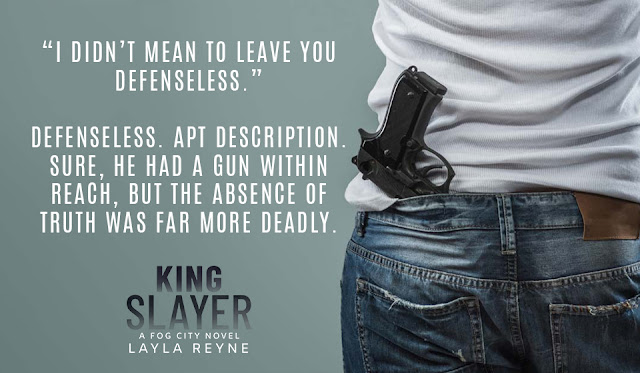 Haven't started the series yet?  Check out book one, PRINCE OF KILLERS, on Amazon!

RITA Finalist Layla Reyne is the author of the Agents Irish and Whiskey, Trouble Brewing, and Changing Lanes series. A Carolina Tar Heel who now calls the San Francisco Bay Area home, Layla enjoys weaving her bi-coastal experiences into her stories, along with adrenaline-fueled suspense and heart-pounding romance. She is a member of Romance Writers of America and its Kiss of Death and Rainbow Romance Writers chapters. Layla is a 2019 RWA® RITA® Finalist in Contemporary Romance (Mid-Length) and 2016 RWA® Golden Heart® Finalist in Romantic Suspense.