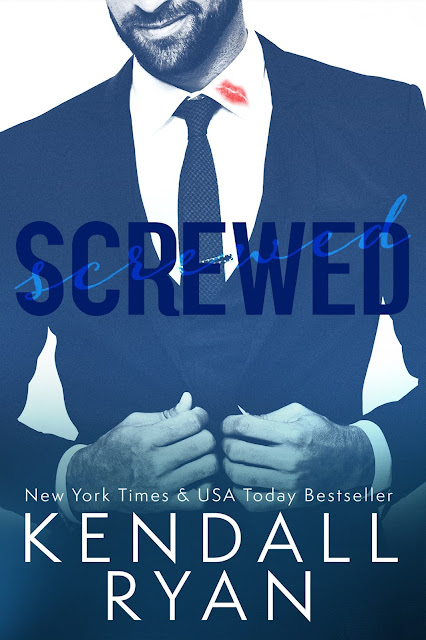 SYNOPSIS
I have one rule: Don’t sh*t where you eat.

Several of the women in the condo complex I own would love some one-on-one playtime, and why wouldn’t they? I’m young, fit, attractive, and loaded. Not to mention I’m packing a sizable bulge below the belt. It’s a combination that drops panties on a regular basis.

But my c*ck, troublemaker that he is, has been confined to my trousers by my business partner. A concession I agreed to, and one that’s never been hard to enforce until Emery moves in across the hall. She’s smart, young, determined, and sexy as hell. I want a taste. I won’t stop until I’m buried deep inside the succulent new-in-town brunette.

After being warned about my past, she does her best to steer clear, but I’m about to show her that underneath it all, I’m a guy with a heart of gold and a c*ck of steel.

My name is Hayden Oliver, and this is my story. 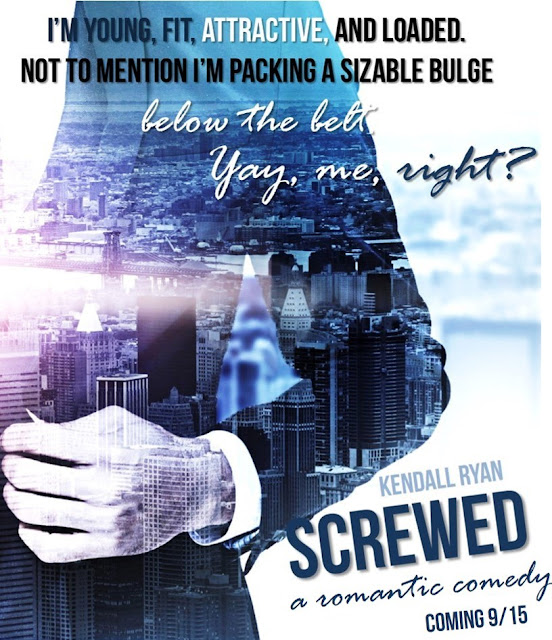 Kendall Ryan is the New York Times and USA Today bestselling author of contemporary romance novels, including Hard to Love, Unravel Me, Resisting Her and When I Break.
She's a sassy, yet polite Midwestern girl with a deep love of books, and a slight addiction to lipgloss. She lives in Minneapolis with her adorable husband and two baby sons, and enjoys hiking, being active, and reading.
Visit her at: www.kendallryanbooks.com for the latest book news, and fun extras 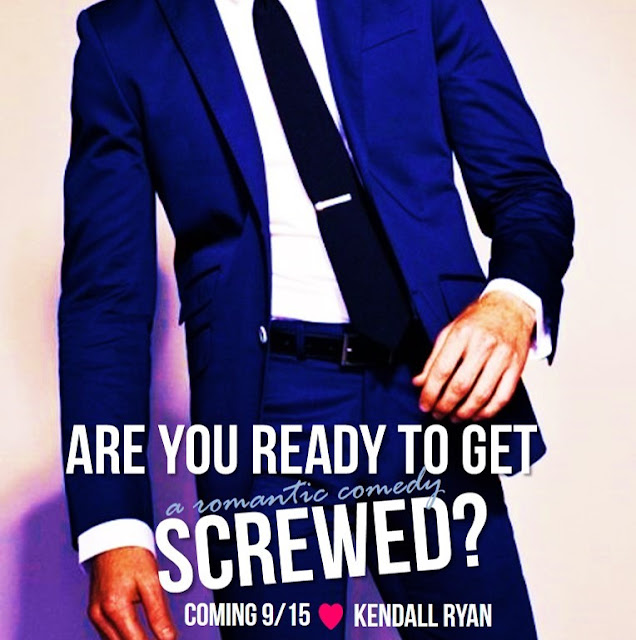 Goddamn. This is going to be harder than I thought.

My eyes swing over to admire the most perfect pear-shaped ass I’ve ever had the pleasure of laying eyes on while my business partner Hudson continues lecturing me. I think it’s something important, but there’s nothing more urgent than my body’s reaction to this shapely brunette. Jesus. Those tits are definitely real.

“I mean it. Your c*ck is cut off this time,” Hudson says roughly, his tone biting.

Tearing my gaze away from the succulent new brunette moving into unit 4B, I face him. “Not literally cut off. I’m sort of attached to him. You realize that, right?”

“Well it’s on lock down then. No more of this bullsh*t. I had three calls this week alone from hysterical women – our tenants – who you, how do I put this delicately? You f*cked and then left before their p*ssies were even dry.”

I smirk at him, but I can’t deny the accusation. We’re like the real life Melrose Place. Sexy young twenty-somethings all living in close proximity. There’s bound to be a little drama now and again. Together, Hudson and I own thirty buildings in the greater Los Angeles area. And some of our buildings have very f*ckable tenants. Up until this point, I’d considered that a nice bonus, and a perk of the job. Hudson has apparently viewed it differently.

“Who’s that?” I ask, tipping my head toward the bombshell who’s responsible for all the blood rushing to my groin. F*ck. I should have a word with her about that, that’s not cool.

Hudson’s eyes swing to the left to see what, or rather, who has captured my attention. And who’s given me this semi-chub, which I hope he hasn’t noticed. We’re close, but we’re not that close.

She’s not close enough to overhear us, but I shoot him a scowl anyway. “Show some class, man. Tagging is such a juvenile word. I’d take my time, get her hot and ready first, until she was begging for me to fill her tight, little c*nt.”

“I’m f*cking serious. You’re not to even think about her tight c*nt.”

“So you acknowledge she’s got a tight c*nt?” I smile, proud of myself.

He wipes sweat from his brow, looking worried. “Hayden, I’m serious this time.” His voice has taken on a somber tone, and for once, I try to be serious and focus.

Watching the way the vein throbs in his neck, my smile fades. We’re standing outside of one of our nicest buildings just outside of downtown, and the mid-afternoon sun is beating down on us. Suddenly I want to get away from him, and away from this entire conversation and into the cool air conditioning inside. Sh*t has gotten a little too real for me.

“You know me,” I grin at him, trying to lighten the mood. “I just wanted to have some casual fun.” And if that meant sleeping my way through the LA singles scene, so be it. I’m not looking for something deeper. I have a luxury condo in the heart of the Hollywood Hills, drive a new model BMW and possess a nine-inch c*ck. Translation: Life is good. Or it was, until Hudson decided to get a bug up his ass and lay down the law today.

“Did you hear a word I just said? One of your latest conquests threatened to report our company to the Better Business Bureau for unethical business practices. This isn’t just about you. This affects me too. And I’ll be damned if I watch everything we’ve built go down in flames because you can’t keep your d*ck in your pants.”

“Point taken.” Hudson is pretty much the best friend, and best business partner you could ask for. He’s smart as hell, dedicated, works like a dog day and night. And not to mention when we began our real estate investment company five years ago, he single-handedly fronted all the start-up capital from his own savings and trust fund. It took me years to pay him back as the profits rolled in, and he never once made me feel lesser, or like I was in debt to him. Not to mention, he’s funny, well-off, and good looking. He’s an excellent wing-man. Plus he knows the best taco joints.

Unable to help myself, my eyes drift over to her again. 4B fills out a pair of yoga pants in ways that I doubt are even legal in most countries. I needed to know what was underneath those curve-hugging black athletic pants. Simple cotton panties, or a naughty g-string? Either way, I wanted to bury my fingers inside the waistband of those pants, peel them down her hips and find out. Perhaps it was because Hudson just made her forbidden fruit, but I wanted a taste. My damn mouth was practically watering.

She looked smart, and put together, despite her casual attire, including a tank top and tennis shoes. With a clipboard in one hand, and her trusty number two pencil in the other, she ticked items off of her list, and instructed the movers who were unloading and carrying boxes up to her new place – which just so happened to be directly underneath mine.

“What do you know about her?”

He rolls his eyes, but humors me. “Emery Elaine Winters. She’s an attorney. Excellent references. Even better credit score, and she signed a one year lease. And she’s to remain in pristine condition, or so help me God …”

When I glance up at her again, I see Roxy, another of our residents has joined Emery on the sidewalk, and they appear to be making small talk. Shaking hands, exchanging words, and smiling at each other. There’s something I strongly dislike about these two women talking. Roxy is an exotic dancer, and she I have a bit of a rocky past. Which is a huge f*cking understatement, but not something I care to dwell on now. Hudson mentions something about fourth quarter taxes, and I tune him out, sure I just heard my name on Roxy’s over-glossed lips.

“Excuse me, I’ve got business to attend to.” I step around him, heading straight toward my new prize. Roxy spots me, and takes off for the parking area.

“Where do you think you’re going?” Hudson calls after me.

“Just being neighborly. Someone’s got to properly welcome Miss Winters.”

“Dammit, Hayden,” I hear him shout.

“I’ve got this, buddy,” I shout back over my shoulder.

I can control myself around her. I have to, according to Hudson. I don’t like being told what to do, especially where my c*ck was concerned, and hell, it’ll probably only make me want her more, but as I close the distance between Emery and me, I make a plan.

I would become friends with the so-hot-I-wanted-to-bend-her-over-and-f*ck-her-in-broad-daylight new girl.

This was either the best plan I’d ever had, or would end with me sporting a black eye, courtesy of my best friend. 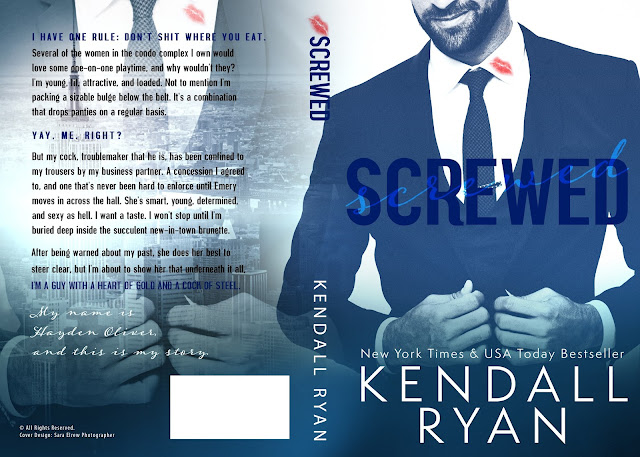