So remember I posted about the Jelly Bean Virtual Race? Well the week is over now and I went with just the 5K and 10K (still pining away for a bike of my very own *sigh*). Forgot to take pictures for the 5K but snapped some today. I was in Target last night and just for the heck of it wandered over to the Easter section and stumbled upon a lone pair of fuzzy bunny ears lying amongst the remaining scattered bags of candy. They were only a dollar so I decided to get them, just for fun. See? 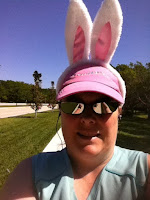 And yes, I did wear them the whole time out today like I was the Easter Bunny. Got lots of smiles from the other people I passed along the way. A runner headed in the opposite direction got a kick out of them and gave me a thumbs up (she said something too but I was listening to heavy metal at the time and by the time I realized she was talking to me, she had already passed me). It was beautiful out today. It was around 74 degrees by the time I headed out with hardly a cloud in the sky and warmed to 79 by the time I was done. Thankfully the humidity was only around 58% so the temps didn't feel too hot-plus my route was shaded about 75% of the time and there was a decent breeze going. 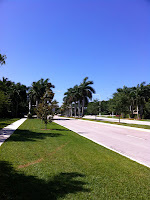 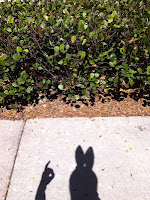 And as the Easter Bunny will tell you, jelly beans are a great fuel source...and they sure taste better than a gel! 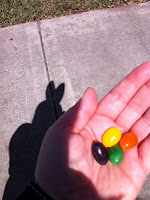 Now to submit my times and pics to the virtual race. No, the times don't "count"-meaning winners aren't determined by how fast you were...prizes are randomly awarded so we'll see if I win anything...and even if I don't, it was a fun way to spend my miles-even with some of the odd looks I got from passing cars...could it have been the bunny ears? 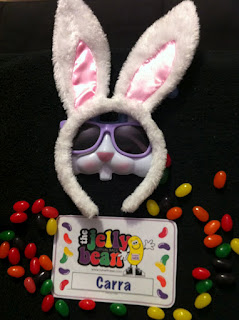 Posted by Making it Happen at 2:06 PM